November 19, 2020 at 12:42 am, No comments
After scoring a brand endorsement agreement with Globe to be its newest brand ambassador, Senator and People’s Champ Manny Pacquiao announced that he is donating his fees to victims of typhoons Rolly and Ulysses. At the recently held contract signing at the Mireio, Raffles Hotel in Makati with Globe President and CEO Ernest Cu and Globe Chairman and Ayala Corporation Chairman Jaime Augusto Zobel de Ayala, Pacquiao offered to give his earnings to support relief efforts.
“I said yes to Globe because I believe in the company, and I use the company’s services. Not only that, I am given another God-given opportunity to be of help to our kababayans in any way I can. That is why my endorsement fee for this will go to relief efforts to help our kababayans who were affected by the devastation of typhoons Rolly and Ulysses.  Ibibigay natin sa mga taong ito ang ating income dito, ibabalik natin sa taumbayan para makatulong ng malaki sa ating mga kababayan na naghihirap at nagugutom ngayon at nawalan ng tahanan. Sama sama tayong babangon, that is my commitment,” said Pacquiao.
The contract signing between Globe and twelve-time, eight-division world champion, Manny Pacquiao as its brand ambassador was live streamed on Facebook last night, a new standard for events marketing in the new normal.
“You’re donating the proceeds of the endorsements – I think that’s a very gallant move, and one that is so timely given the vast devastation that has occurred in the country today,” said Cu.
For Ayala, “At a time when the country is facing so many challenges, Manny’s life story has remained a source of inspiration for every Filipino even in this time of pandemic – a constant reminder of the Filipino’s strength, talent, and tenacity to overcome every difficulty.”
The partnership with Globe also paves the way for Filipinos from all over the world to see Pacquiao’s upcoming fights live via UPSTREAM, the newest transactional video-on-demand (VOD) platform, and GMovies.
“It is indeed a source of pride to partner with Manny Pacquiao, the People’s Champ. His legendary boxing career is a never ending source of Pinoy inspiration to always strive to be better,” said Upstream partner Dondon Monteverde. “This same inspiration goes in line with our vision for Upstream to become the best entertainment platform for the Filipino. It is with great privilege and honour that Upstream will air his next fight through live internet streaming to the Filipino people,” Monteverde added.
Also present at the contract signing were Jaime Alfonso Zobel de Ayala, Business Development Head of Ayala Corporation; Issa Cabreira, Globe Consumer Business Group Head; Joe Caliro,
Globe Senior Adviser; Arnold Vegafria, Talent Manager, and Roselle Monteverde, Regal Films Producer.
Globe is a signatory to the United Nations Global Compact and has committed to implement sustainability principles hinged on four pillars including One Digital Nation, Care for the Environment, Care for People and Positive Societal Impact. Globe is actively supporting 10 UN Sustainable Development Goals.|PR 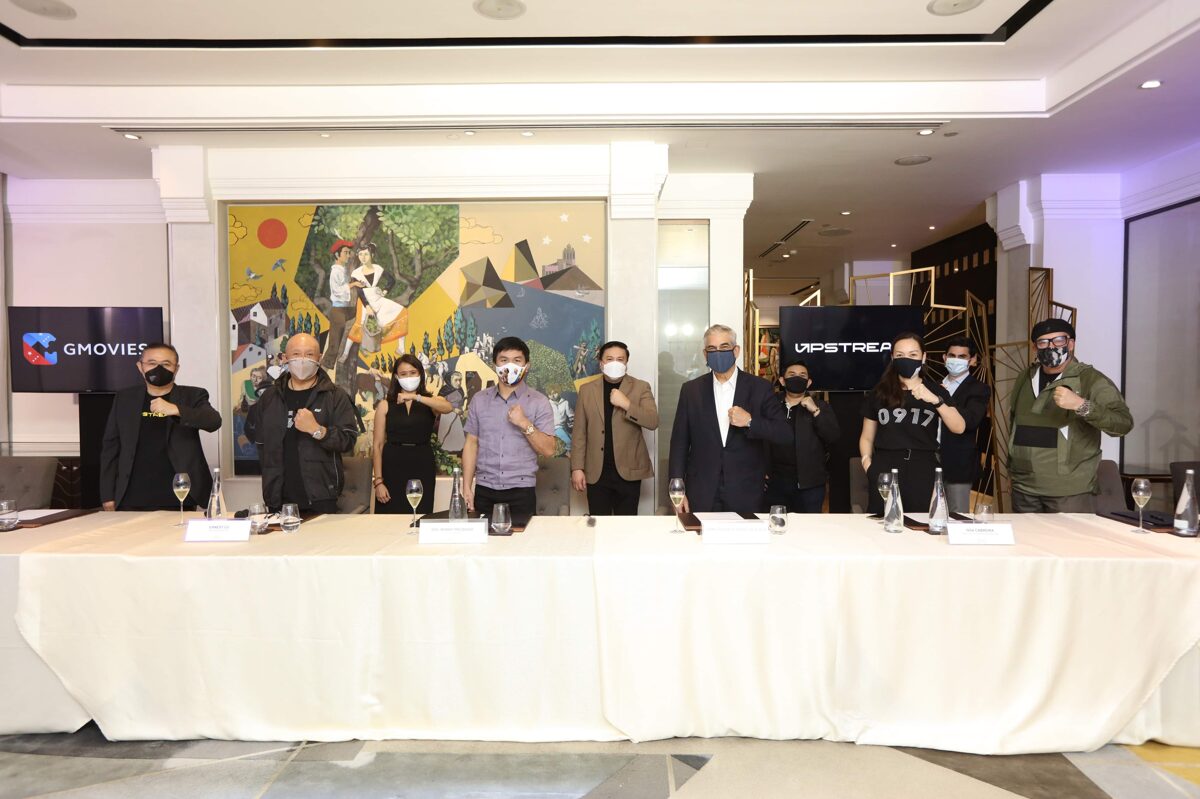