January 18, 2021 at 1:33 pm, No comments
By Alwen Saliring
MAJOR stockholders of the Mindanao Star Bus Transport Inc. have convened at a hotel in Cagayan de Oro on Saturday, January 16, for the annual shareholders meeting and elected Ricardo Yanson Jr. as president.
The meeting was presided over by lawyer Carlo Joaquin Narvasa and attended by stockholders representing 99.99 percent of the outstanding capital stock of the corporation.
The Mindanao Star Bus Transport Inc. is one of the bus companies under the Yanson Group of Bus Companies.
Four of the Yanson siblings who called themselves Y4 were elected by the shareholders as members of the board of directors for the year 2021-2022.
The stockholders were said to have ratified all acts and transactions of the Board of Directors and management of the corporation under the leadership of its president.
In the organization meeting that followed, the directors elected Ricardo Yanson Jr. as Chairman of the Board of Directors and President; Roy Yanson as Vice-President for Operations; Emily Yanson as Treasurer and Chief Financial Officer; Ma. Lourdes Celina Lopez as Corporate Secretary; Anna Isabella Galvez as Assistant Corporate Secretary; and Carlo Joaquin Narvasa as Vice-President for Legal.
The new directors of the company vowed to continue court actions "to unravel minority shareholders' activities and their pretense to act on behalf of the company despite the absence of any legal basis for them to do so." 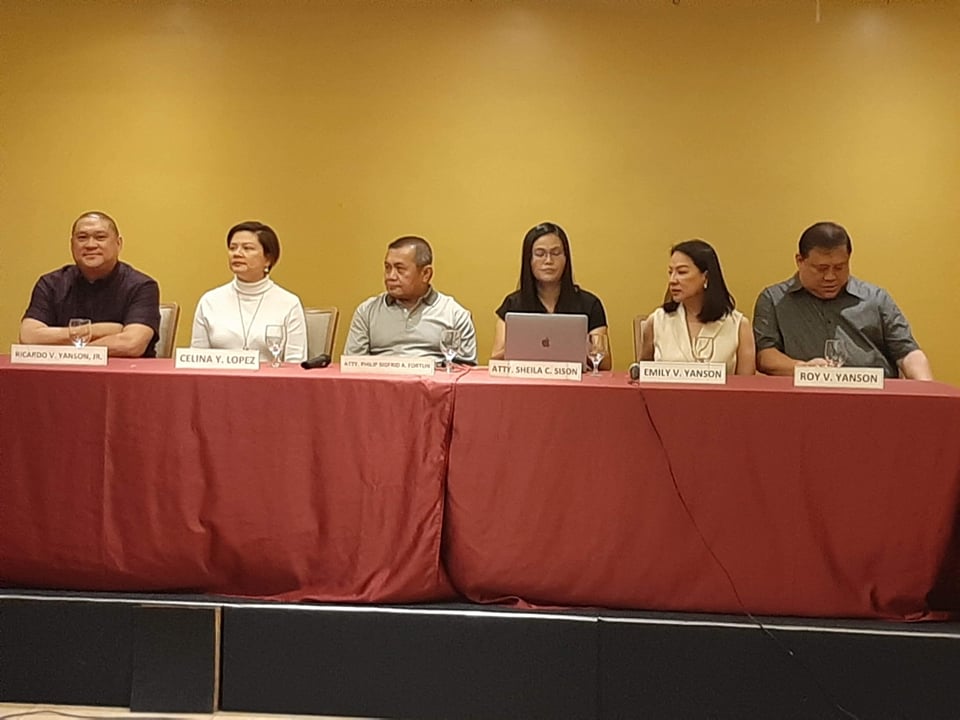