Tahweel Al Rajh, the remittance arm of Saudi Arabia’s Al Rajhi Bank and a long-time partner of BDO Remit, recently opened its first digital remittance center to serve the round-the-clock banking needs of its clients, including the overseas Filipinos.

Unlike other remittance centers in the kingdom, Tahweel Al Rajhi’s digital remittance center—dubbed as Tahweel Villagio—is operational 24/7. It also provides clients access to all digital channels like ATMs (both for withdrawals and cash deposits), kiosk machines with Point-of-Sale terminals, smart phones and laptops, and is installed with LEDs that play how-to guides to assist customers on how to use the aforementioned channels.

The opening of the digital remittance center also paved the way for the launch of Tahweel’s Instant Remittance service.

"With the Tahweel Al Rajhi app, OFs can send money to their beneficiaries in the Philippines using only their phone," said BDO senior vice president & remittance head Genie T. Gloria. "Beneficiaries can receive their remittance sent from Saudi in their Kabayan account, in real time, through this app."

The digital remittance center is located inside the Villagio Mall in Al Batha, Riyadh, considered as the "most Overseas Filipino-populated area" in the Kingdom of Saudi Arabia.

Abdulmajeed Alqabbani, executive manager for Digital Business Relations of Tahweel Al Rajhi’s parent bank, Al Rajhi Bank, heaped praises on the efforts and continuing cooperation of BDO Remit especially with the launching and live implementation of its Application Programming Interface Host-to-Host connection, which enables the automated transfer and processing of payments with the bank in mere seconds.

The opening of the remittance center was attended by high-ranking officials from the Philippine Embassy, led by Ambassador to the KSA Adnan V. Alonto, executives of the Al Rajhi head office, and officers and representatives of BDO Remit which also sponsored the serving of food and other refreshments during the opening. (PR) 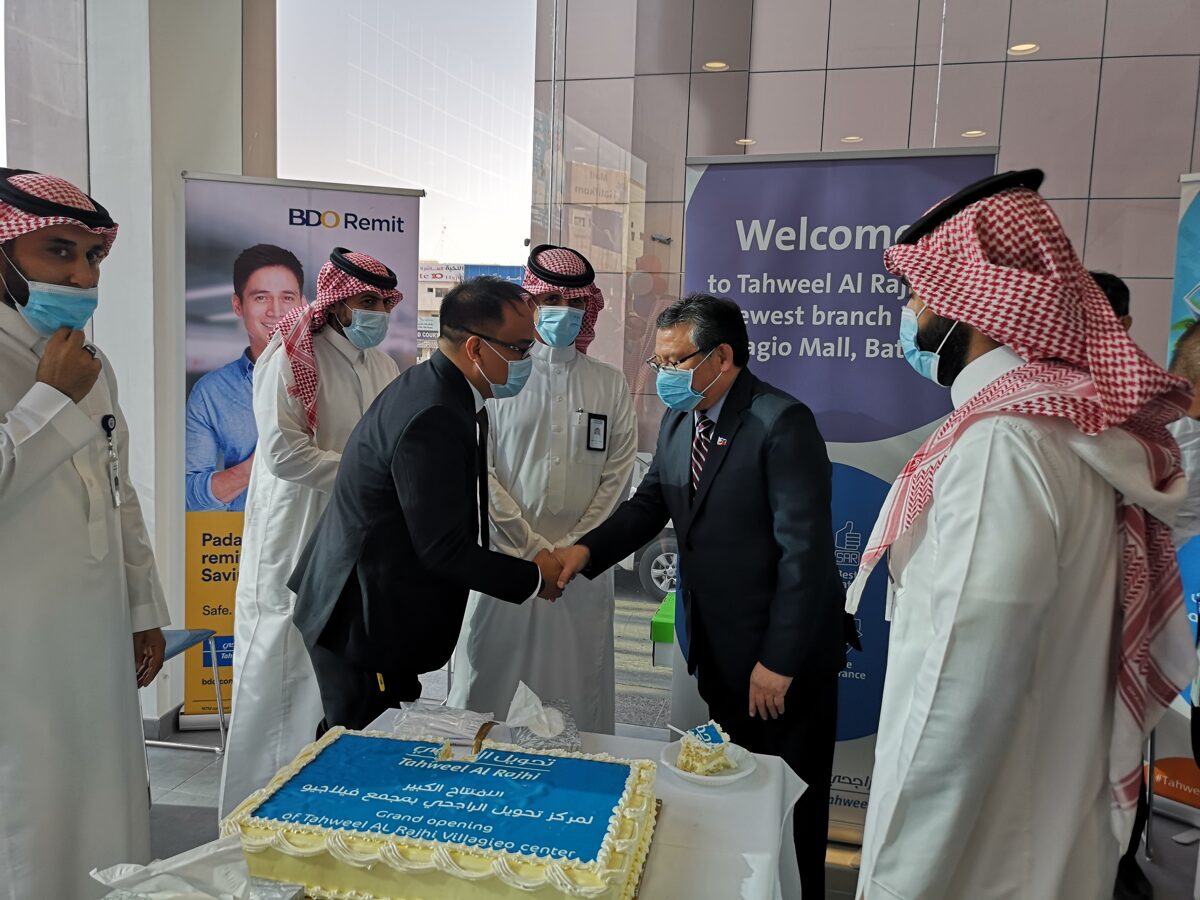