(Let us ensure ensure that every area must have food security. We need to speed up the implementation of these projects so we can boost the production)

He added that the projects are of big help to uplift the lives of the farmers' families. Thus, he urged the latter to uphold their policies so when the full devolution takes place, their associations could move forward without hindrance.

Commending the efforts of the stakeholders in realizing the projects, NIA-10 Regional Manager Engr. Constancio Bana-ay, Jr. said the projects are already big accomplishments because despite the challenges brought about by the pandemic, they were still able to push the implementation.

During the turnover, Bana-ay said 5,267 ha areas were generated while there are 1,360 ha areas restored. To get more than a glimpse of the projects implemented, NIA-10 led the cutting of ribbons and unveiling of project location maps at the IMO booth site.

(Even if there were ISIS in the area [Lanao del Sur], rain or typhoon, they were still there watching over the projects that were given to us. Thus, we are very thankful to NIA. We hope that you will continue your support to us, farmers)

For her part, National Economic and Development Authority (NEDA)-10 Regional Director Mylah Faye Cariño said though the region experienced a 5.2% contraction in the economy, the agriculture sector still achieved a positive 1.5% growth.

Department of Agriculture (DA)-10 Regional Technical Director for Operations Carlota Madriaga backed NEDA's report saying that the agriculture and fisheries sector never ceased in securing food for consumers even in the midst of COVID-19 pandemic.

"For today, this is very significant considering that we will be having our turnover ceremony of the 46 completed NIA projects and 44 are communal irrigation systems, which are a major component sa atoang (in our) agri modernization," Madriaga added.

NIA-10 also led the symbolic turnover of hand wheel to the irrigators associations' representatives along with the ceremonial signing of turnover documents per IMO.  (RTP/PIA-10) 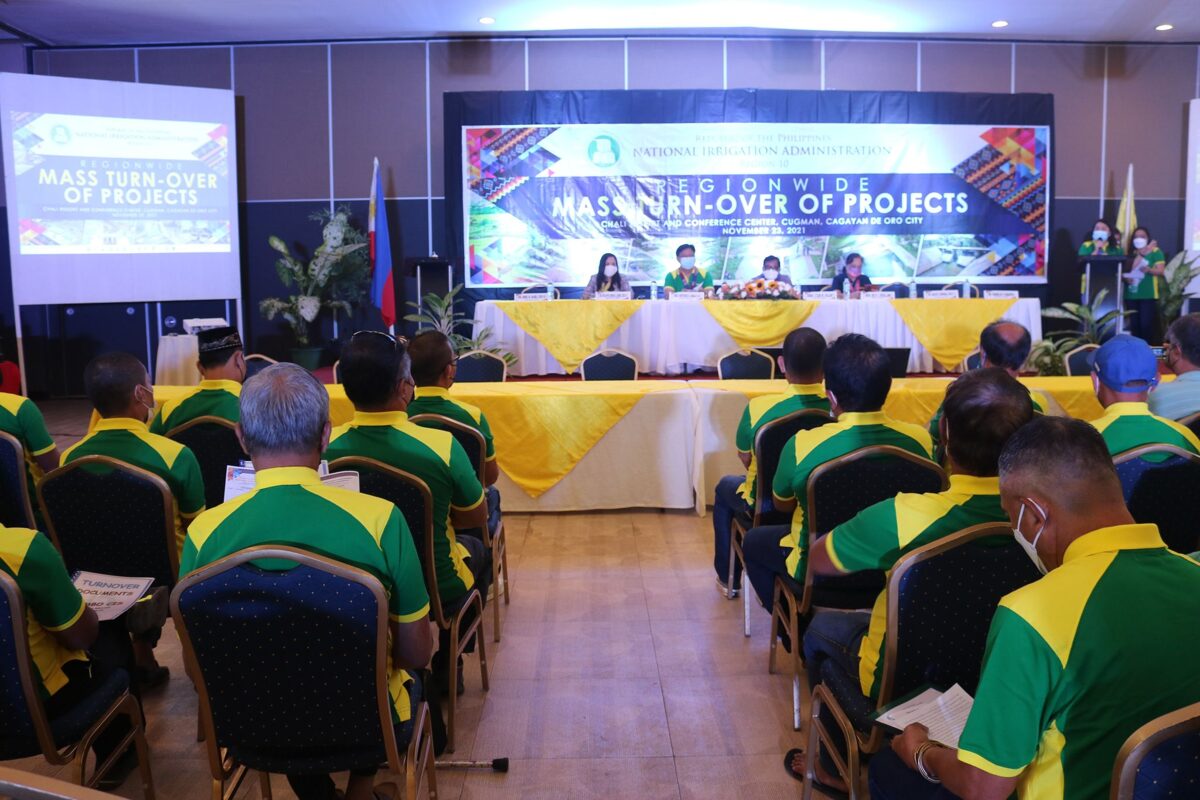