On September 3, Aboitiz Construction (ACI) was recognized by the municipal government of Claver, Surigao del Norte as the second-highest business taxpayer of 2021 under the Contractors and Other Independent Contractor category.

Mayor Georgia D. Gokiangkee led the awarding ceremony which was held as part of the Panaghiusa Festival, organized by the Department of Social Welfare and Development (DSWD). The word “panaghiusa” means “solidarity” in Cebuano, with the festival highlighting the positive impact on the livelihood of DSWD beneficiaries.

“This great recognition speaks about our responsibility to ensure our compliance with the government and to amplify our purpose of building a better future,” said ACI Assistant Vice President for Finance Charisse Nierra-De Villa.

Since 2012, ACI has been involved in the maintenance works for a mining plant in Claver. Over the past decade, they have provided jobs to nearly 800 workers from the local community. Their scope of work includes preventive maintenance, conditional monitoring, and electrical and instrumentation works to ensure efficient operations of the plant.

Beyond building and growing businesses, the Aboitiz Group has always been committed to advancing the communities that have opened up to them. Working with and for the people of Claver, a bond of solidarity, or “panaghiusa”, has developed  between them. This municipal government recognition validates the values that underpin the work ACI has been doing within the community.

As part of the  Aboitiz Group’s  Great Transformation, with a renewed entrepreneurial mindset fueling its growth, ACI has been focusing on projects in the industrial, infrastructure, and maintenance sectors. True to its commitment to advance businesses and communities, these projects provide job opportunities for Filipinos nationwide. (PR) 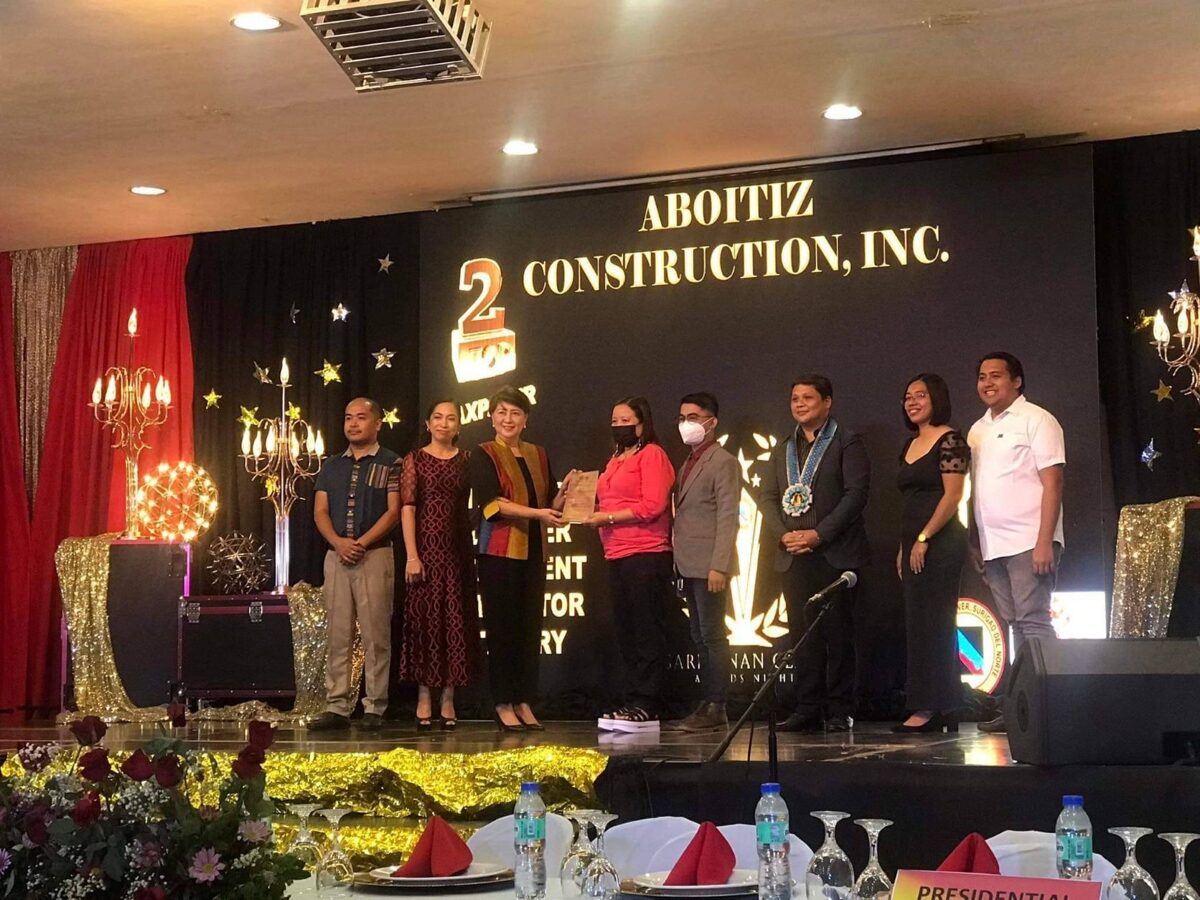