BE SEEN BE HEARD WITH THE BODY SHOP AND THE UN

The Body Shop and the United Nations Secretary-General’s Envoy on Youth launch global collaboration calling for more young voices in the halls of power their joint the Be Seen Be Heard campaign.

That’s because millions of young people are missing from public life. With the climate crisis, global conflict and generational inequalities running rampant, the inputs, perspectives and representation of youth are needed more than ever.

Almost half the world's population is under 30. Yet, they make up only 2.6% of parliamentarians around the world. The average age of a world leader is currently 62. Of all the parliaments in the world, 37% do not have a single Member of Parliament (MP) under age 30 and less than 1% of these young MPs are women.

Young people have the right to be included in political decisions that affect them, however, numerous barriers prevent their participation. The Body Shop and the Office of the United Nations Secretary-General's Envoy on Youth are collaborating to change this through the global Be Seen Be Heard campaign to amplify youth voices in public life.

The campaign seeks to create long-term structural changes to decision-making to be more inclusive of young people. It was launched last May 11 with the release of a joint report, ‘Be Seen Be Heard: Understanding young people’s political participation’. The report which includes findings from the largest-ever survey carried out by The Body Shop in December 2021, covering 26 countries with 27,043 respondents in total, over half of which were under age 30.

The majority, two in three people, also agree that the age balance in politics is wrong, with 8 in 10 people of all ages believing the ideal voting age (the age when someone can first vote) is 16 to 18, despite that in most countries around the world the voting age is 18 or over. A third of those under age 30 surveyed would consider running for office versus only a fifth of those over age 30. People across all age groups agree that more opportunities for younger people to have a say in policy development and/or change would make political systems better.

David Boynton, CEO of The Body Shop says, “Our position is clear. The world’s problems cannot be solved by the same people making the same choices. Our research indicates the majority of young people are positive about the future, and we need to hear their views and ideas inside the halls of power. Be Seen Be Heard is rooted in creating a fairer world with and for young people, and together with the Office of the United Nations Secretary-General’s Envoy on Youth – we are on a mission to do exactly that.”

Jayathma Wickramanayake, the United Nations Secretary-General’s Envoy on Youth says, “The intergenerational gap in power, influence and trust constitutes one of the biggest challenges of our time. As young people have made abundantly clear through their activism on the streets, in civil society and on social media, they care deeply about the transformational change needed to create more equal, just and sustainable societies. Participation is a right, and this campaign is an opportunity to change that.”

Campaigning in 2,600 stores, in over 75 countries, across six continents. The collaboration between The Body Shop and the Office of the United Nations Secretary-General’s Envoy on Youth will mean that young people and other stakeholders will be able to engage with the campaign through many routes. Local campaign activations will include partnerships with specific youth-led or youth-focused non-governmental organisations (NGOs) and/or opportunities to support through petitions and other activations.

The campaign launched globally in May 2022 and will run until mid-2025. Check out the campaign website for further information www.beseenbeheardcampaign.com

About The Body Shop

As a B Corp business, The Body Shop is committed to ambitious social and environmental targets. Earlier this year, it established a Youth Collective to help amplify youth voices within its own business. The Body Shop Youth Collective is formed of 10-12 people from inside and outside the business, all aged under 30. They will advise The Body Shop Executive Leadership Team with the views and voices of young people.

The Body Shop invests heavily in activism and has a dedicated activism team, focused on research and tactics, operating around the world. Long before activism was an industry buzzword, The Body Shop has pushed for change where other brands saw risks. It has mobilised its global collective and campaigned for over 20 years on issues such as the rights of indigenous peoples, animal rights, sex trafficking and the burning of the Amazon rainforest.

In 2017, the UN Secretary-General appointed Jayathma Wickramanayake of Sri Lanka as his Special Envoy on Youth and as the youngest senior official in the history of the organization.

The Envoy on Youth’s mandate is to harmonize the UN system efforts on youth development, enhance the UN response to youth needs, advocate for the development needs and rights of young people, as well as to bring the work of the United Nations on youth closer to them. For more information, follow @UNYouthEnvoy on social media and visit our website at www.un.org/youthenvoy. (PR) 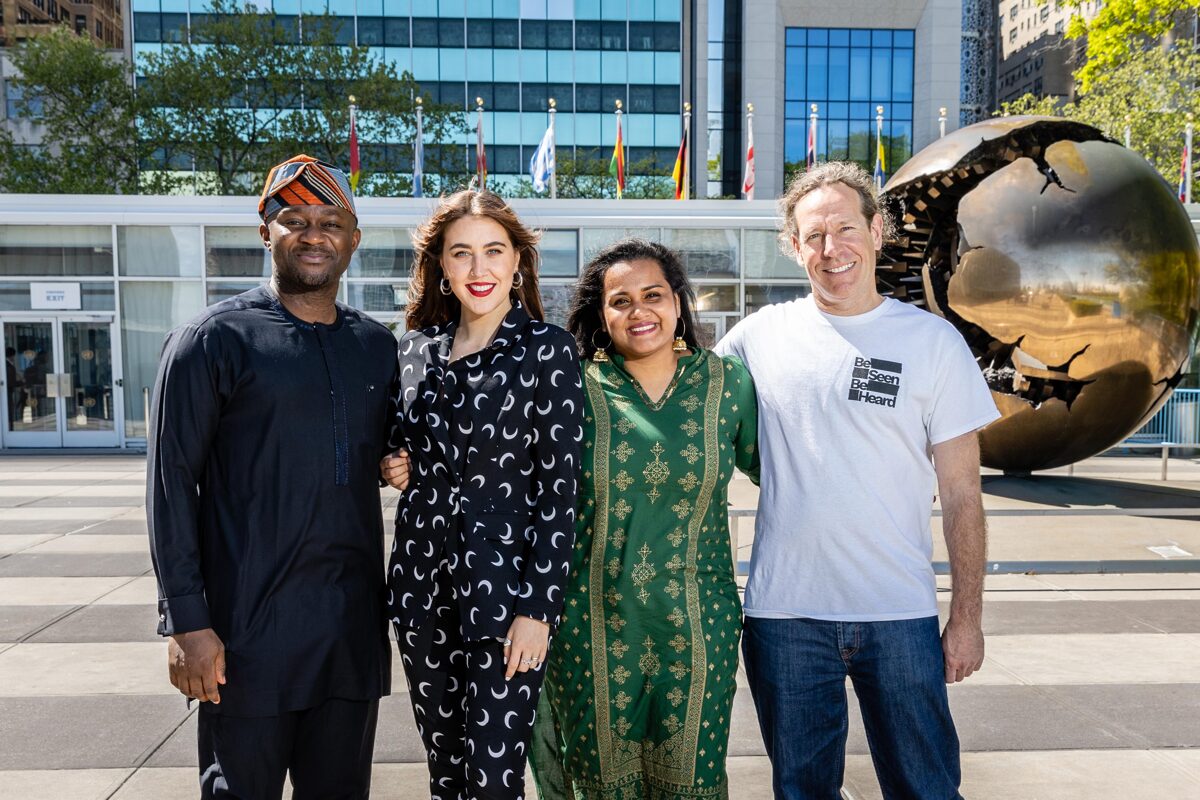