November 23, 2020 at 1:00 pm, No comments
By Alwen Saliring
POLICE have arrested two suspected female rebels in Barangay Kalasungay, Malaybalay City in Bukidnon on Sunday, November 21.
Authorities identified the suspects as Lorna Micabalo with aliases 'Yanda', 'Sarah', 'Lorna Prisco', 'Nancy', 65; and Jean Montemayor alias 'Ingka', 20, and resident of North Cotabato. Both are secretary of Sub-Regional Command (SRC 4), North Central Mindanao Regional Command (NCMRC) and Guerilla Front 68B, respectively.
Micabalo was arrested by virtue of an arrest warrants for kidnapping, serious illegal detention, rebellion, robbery with homicide and frustrated homicide, and other crimes.
During the service of the arrest warrant, authorities allegedly saw in plain view an improvised explosive device from the possession of the suspects.
Micabalo will face the court for the charges pressed against her while another case will be filed against her and Montemayor for illegal possession of explosives.
Provincial police director Police Colonel Roel Lami-ing lauded the team for the arrest of two suspected leaders of the New People's Army (NPA). 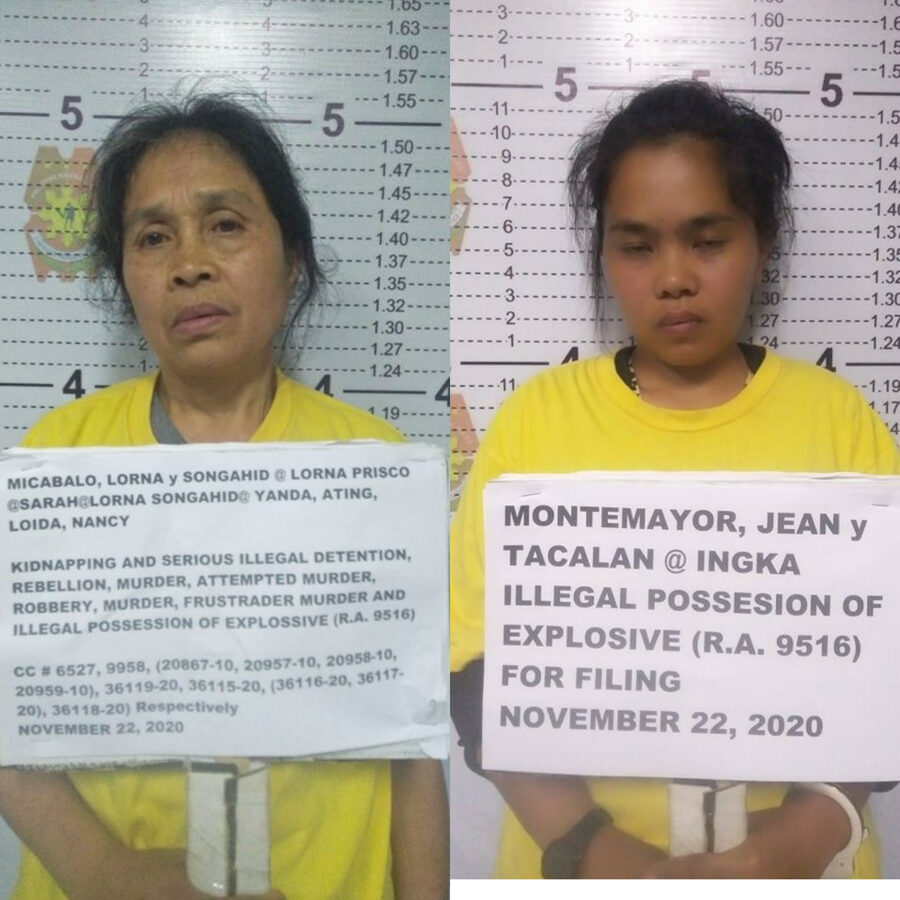