November 26, 2020 at 12:24 pm, No comments
By Alwen Saliring
A POLICE operation turned bloody when a murder suspect who has a standing arrest warrants was killed after he allegedly fought back against the authorities in Quezon, Bukidnon on Wednesday, November 25.
Killed was Jovel Adorable, vendor and native of Pag-Asa, Salawagan, Quezon town but was presently residing in San Pedro City, Laguna.
Authorities were about to serve five arrest warrants for murder and frustrated murder charges when the suspect fought back and got killed.
Investigation said Adorable drew his gun and fired towards the operating team, prompting the authorities to return fire and hit the suspect.
The suspect was rushed to the hospital but was declared dead shortly.
Police also said the suspect is tagged as a high value individual in the illegal drug activities in the first district of Laguna and has been linked to a drug group  that operates in San Pedro City.
Authorities also disclosed that the suspect is among the hitmen/gunmen being utilized to liquidate street level pushers who do not pay their illegal drug transactions. 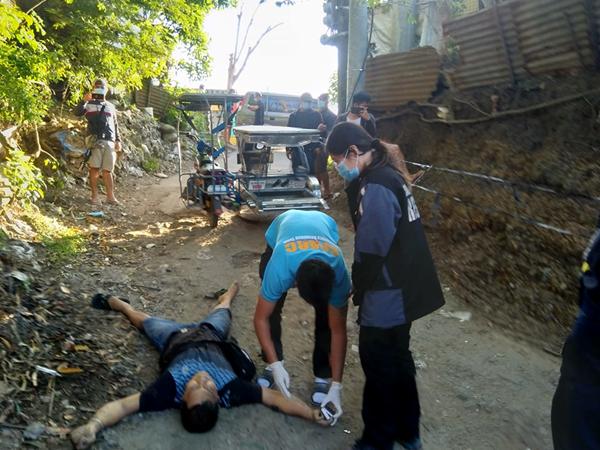