December 8, 2020 at 10:27 am, No comments
By Alwen Saliring
A DRUG suspect who was also allegedly responsible for series of robbery and shooting incidents in Valencia City, Bukidnon has been killed in a drug buy-bust operation Monday night, December 7.
Police identified the suspect as Archeo Suelto, resident of Barangay Guinoyoran, Valencia City. He was figured in the drug list of the police's Directorate for Intelligence (DI).
Investigation disclosed that the suspect fired his gun upon noticing the presence of the operatives, forcing the authorities to return fire and hit the suspect in the different parts of his body.
The suspect was brought to the hospital but died shortly.
Seized were the suspect's caliber 38 revolver and sachets of suspected shabu (methamphetamine hydrochloride) and personal belongings.
Provincial police director Colonel Roel Lami-ing lauded the operating team and vowed to continue the police's war on drugs. 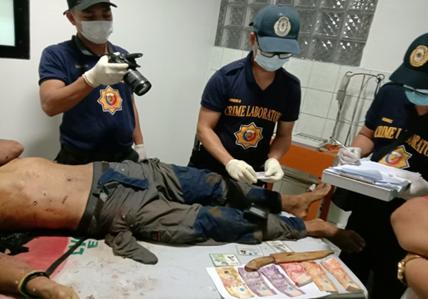