November 9, 2021 at 9:14 am, No comments
ILIGAN CITY (PIA)--As the aftermath of the warfare that transpired four years ago in Marawi City remains fresh in the lives of the witnesses, non-government organization Duyog Marawi has stayed side-by-side with the victims, particularly the hostage survivors to bridge them to healing that they all long for.
Duyog Marawi Executive Director Bro. Rey Barnido said they have been committed to this effort as they firmly believe that the religious faith had been a prime factor why the Islamic State of Iraq and Syria (ISIS)-inspired Maute terrorist group had targeted and hostaged such survivors.
“Many, if not all of them, were persecuted because of their faith. They were hostaged because they were Christians and they were really targeted by ISIS. Our Cathedral was bombed and the whole compound was desecrated. We felt na [that] it was because of their faith na [that] they were targeted by the Maute brothers… It is our responsibility to gather them kasi [because] these are our people,” he said.
Barnido said they are finding ways to network the individuals to appropriate government agencies that can help them. The Office of the Presidential Adviser on the Peace Process (OPAPP) and the Department of Health (DOH) have already poured out their longtime support through an established collaboration.
The Duyog Marawi has likewise been carrying on their healing program dubbed Holistic Integrated Liberation Of Marawi (HILOM) which began immediately following the rescue of the hostages and continues until the present to maintain the link with the survivors and be updated with their recovery.
Since the onset of the program, four major sessions of psychosocial support have been spearheaded, and recently, the fifth major session was organized which lasted for five days starting November 3 up to November 7 for 50 members of the Iligan cluster. Additionally, special sessions were also held, and the organization has tried to reach out to them every quarter during the first two years of the program.
“We always wanted to assure them that the internal liberation is an ongoing process because ang assumption ng HILOM is even if they were rescued but the trauma is still [there], they still feel that they are trapped inside. We told them from the beginning that this is going to be a long journey that we are going to go through,” said Barnido.
He outlined that currently, around 80% of the survivors are still triggered and traumatic as they display symptoms of post-traumatic stress disorder but are already learning to deal with it.
The Duyog Marawi now knocks on the doors of partner government agencies seeing it rightful for them who were also siege victims although not Marawi residents to be listed as beneficiaries of the same government assistance delivered to internally displaced persons who are constituents of the city, noting the necessities of such survivors who some were physically affected and needing help in terms of health while others were economically impacted as they lost their livelihood considering their former employment was based in the ground zero.
Barnido said some of the survivors and the bereaved families who lost their loved ones in the siege received cash assistance from the Office of Civil Defense (OCD) but this was just used to pay monetary debts which arose during the monthslong battle considering most of the identified captives were breadwinners.
“We want our government to treat them as primary victims. Of course, the affected families [na] nasunugan [whose properties were burned down], nabomb ang mga bahay [whose houses were bombed] because they were residents of Marawi, naturally, they became beneficiaries. Sila [na survivors], hindi automatic iyon. Sana macorrect natin iyon na gap because of the rules ng mga bureaucracy [Those survivors, it is not automatic. I hope we can correct that gap because of the rules of the bureaucracy],” he appealed.
Meanwhile, the executive director conveyed his gratitude to the government who has always been supportive every time they call for help.
Barnido underscored that with the organization’s effort alongside the support from the government, they are also striving to guide the hostage survivors to become peace advocates who anyone can serve as a reliable role model as they have been molded by their respective experiences in the siege.
“We always tell them that we want you to become peace champions, to tell people na [that] no matter what happened to you, you still consider our Muslim brothers and sisters as part of the community. We wanted to remove that hatred because it was not of Islam, it was really violent extremism and terrorism,” he said. (CRG/PIA-Lanao del Norte) 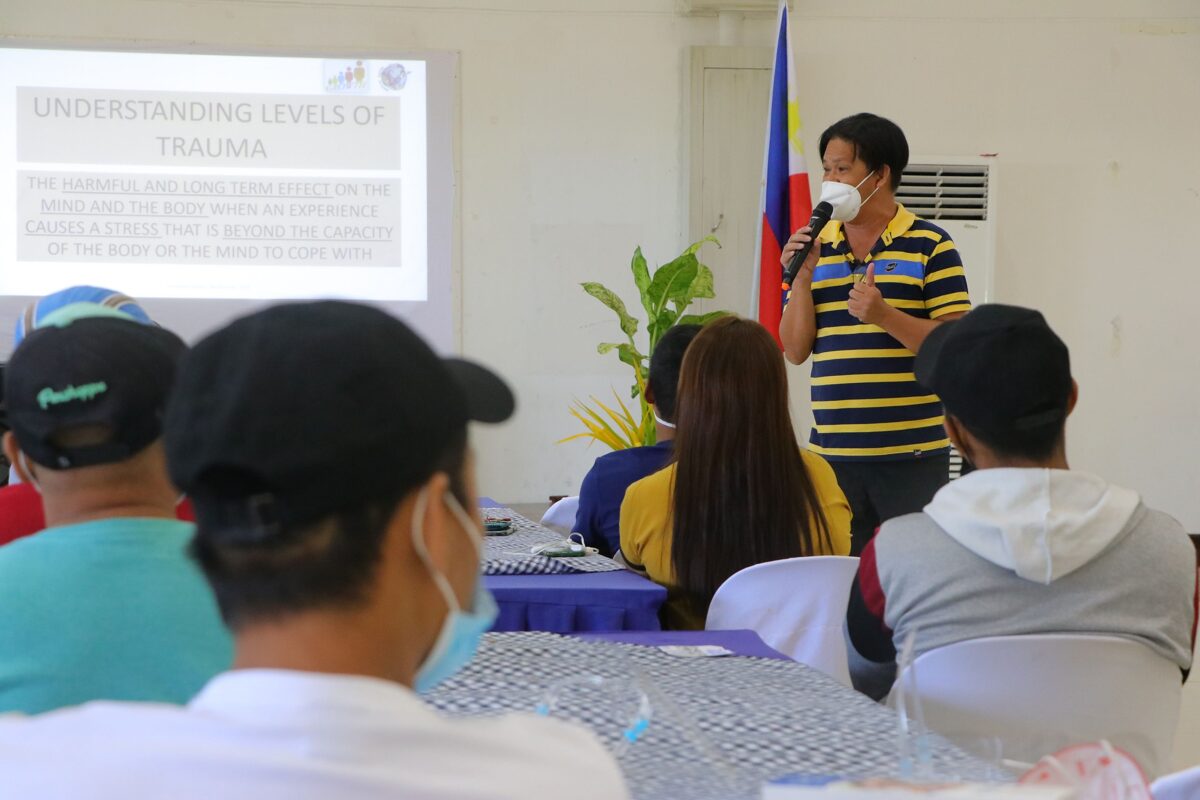