20 Jan, 2023, No comments
TESDA-MisOr inks MOU on capacity-building training for PDLs
MISAMIS ORIENTAL (PIA)--The Technical Education Skills and Development Authority (TESDA)-10, together with FICCO Community Outreach Foundation, Inc. (FCOF, Inc.), and Misamis Oriental Provincial Jail Rehabilitation and Reformation Department (MOPJRRD), signed a memorandum of understanding on the conduct of a skills training program for Persons Deprived of Liberty (PDLs) inside the jail premises of Misamis Oriental Provincial Jail, Cagayan de Oro City.
The signing of the MOU made it official that the two groups would work together to improve the lives of prisoners through TESDA-accredited skills training programs that they could use to get jobs, make money, or start small businesses.
The TESDA Training Provider, Regional Training Center (PTC)-Tagoloan, led by Center Chief Administrator Mario S. Labisig, will offer food processing and construction courses to a total of 43 PDLs, both men and women.
In his message, TESDA-10 Regional Director Ashary A. Banto underscored the importance of a synergized approach in rehabilitation programs for PDLs, adding that TESDA-10, together with its partners, is fully committed to aiding the PDLs in becoming productive members of society. (TESDA-MisOr/PIA-10/Misamis Oriental) 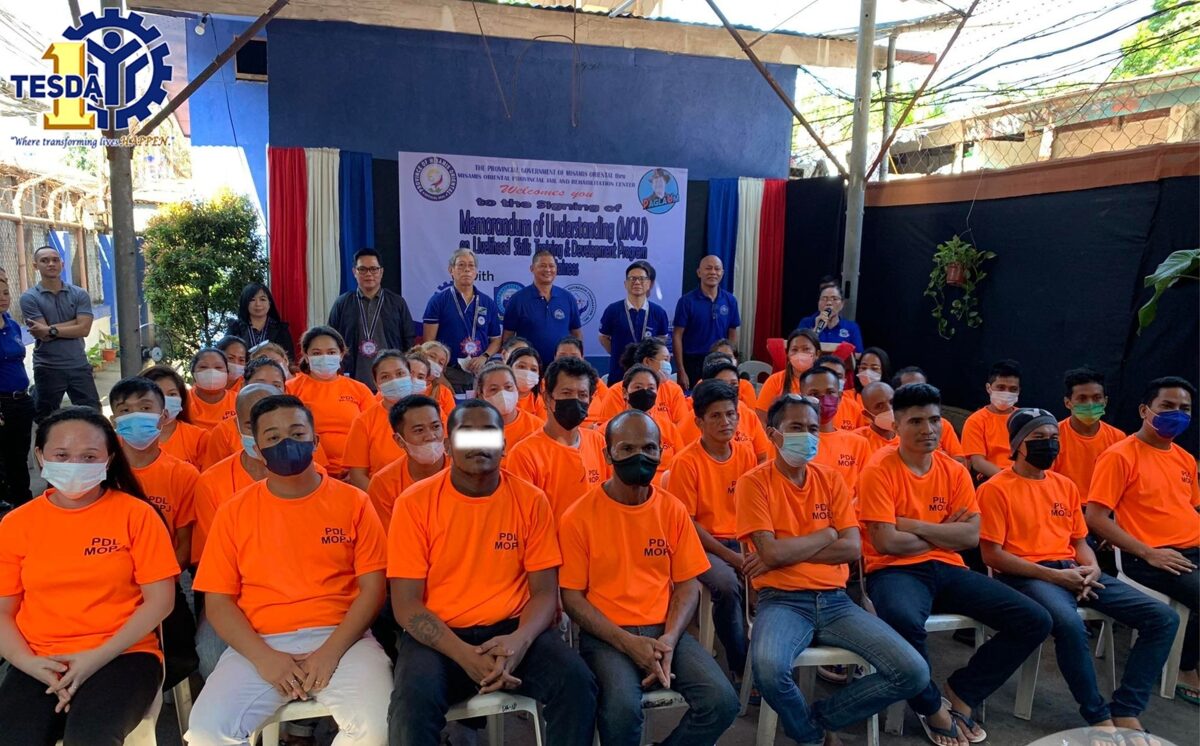 A total of 43 male and female PDLs will take up food processing and construction-related courses, which will be implemented by the TESDA Training Provider, the Regional Training Center (PTC)-Tagoloan. (TESDA-10) 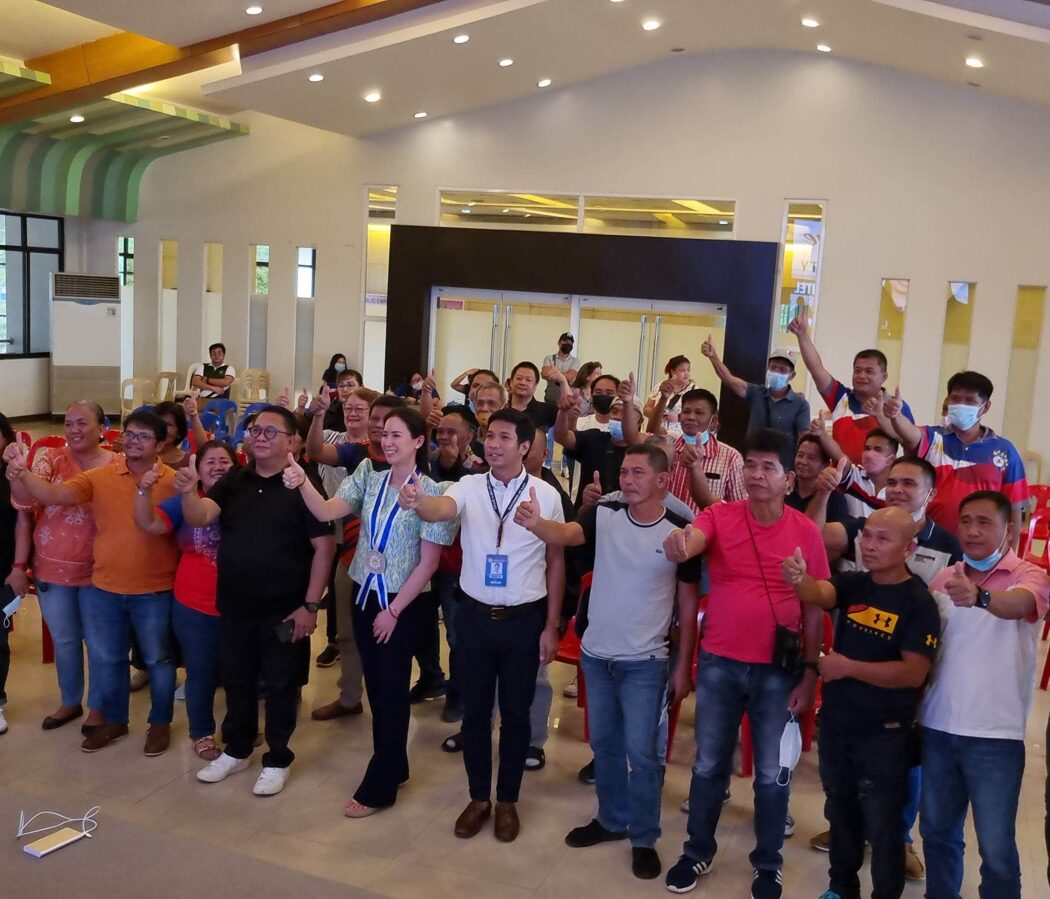 Yu-Pimentel explained that the village chiefs will have to identify the beneficiaries of the cash assistance.
Aside from AICS, Yu-Pimentel also received requests from the different local chief executives such as additional classrooms and public markets, among others.
She said the Office of Senator Pimentel will try its best to allocate funds for the said requests as these are also part of his priority projects.
Yu-Pimentel said the two-day distribution is the last for 2022 and they will resume next year.
She said they will go to the provinces of Zamboanga, Surigao and other areas in Mindanao and Visayas to distribute AICS.
"Babalik din kami ng MisOr para puntahan yung di pa namin napuntahan. We are grateful na close friends sina Senator Koko and DSWD Secretary Erwin Tulfo kaya sabi as long as kaya ng agency na tumulong at mag-allocate for the constituents ng mga senators they will help and give," Yu-Pimentel said. 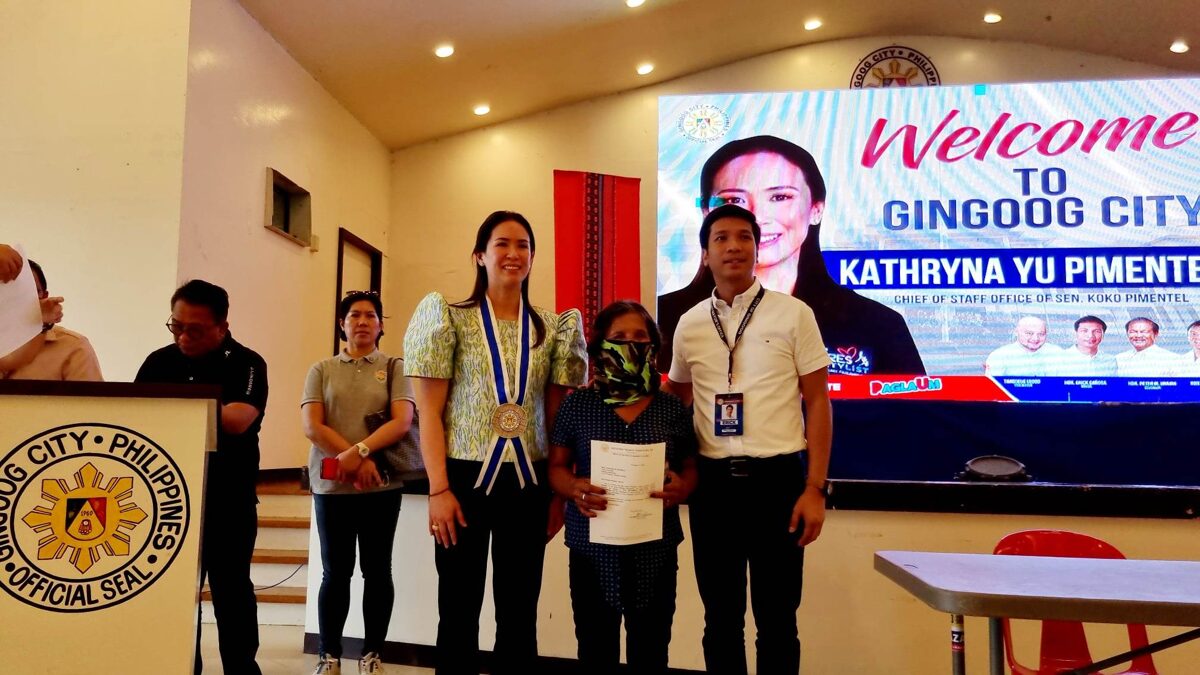 GOVERNMENT soldiers killed a rebel and seized a firearm in a renewed clash against the New People's Army (NPA) in Alagatan, Gingoog City, Misamis Oriental on Thursday, October 20.

The firefight lasted for about 20 minutes which resulted in the killing of a rebel and confiscation of a high-powered gun and personal belongings.

A pursuit operation is still ongoing.

The military has yet to identify the body of the killed rebel which is now at the St. Peter Funeral Homes in Gingoog City through the City Disaster Risk Reduction Management Council (CDRRMC) for proper disposition.

58IB commander Lieutenant Colonel Christian Uy said the troops will continue to use force against the NPA fighters who will refuse to lay down their arms.

"We extend our heartfelt condolences to the bereaved families. Another life has been lost just because of failed ideology of the Communist Terrorists Groups. I am reiterating our call to the remnants of the CTGs who are still hiding in the hinterlands to lay down their arms and return to the folds of the law while they still have the opportunity," Uy said.

Uy added that the encounter should serve as another eye-opener to the remaining members of the NPA to voluntarily surrender and avail the programs of the government to start a new life. 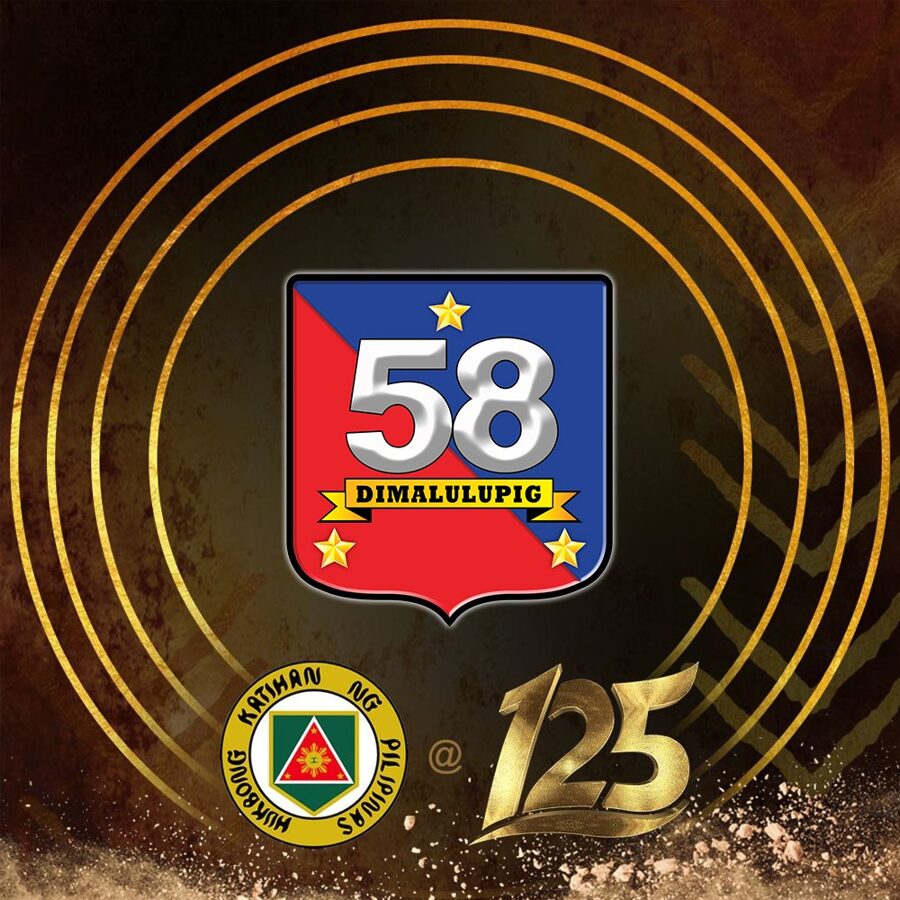 6 May, 2022, No comments
CAGAYAN DE ORO—Improving medical facilities and hospital care system that can better serve the people of Misamis Oriental and can even cater to the province’s neighboring areas in Northern Mindanao.
This was vowed by Misamis Oriental gubernatorial candidate Cagayan de Oro Mayor Oscar Moreno during the Kaabag Kami’s recent campaign sortie in Lugait town.
In his stint as the province’s governor from 2004 to 2013, Moreno recalled that a huge number of Iligan City residents seeking medical treatment were flocking to the then Manticao Hospital as it was one of the top-performing medical facilities in Northern Mindanao.

But as time goes by, it was left behind. And even the Manticao residents were not patronizing the hospital anymore.

Thus, the need to improve the hospital buildings and set up the necessary equipment to provide the people with better healthcare services.

“Ato ni siyang ayuhon balik og butangan nato og kaugalingong hospital sa Lugait ug Naawan kay maulaw ta sa Iligan City (We will improve this, we will build our own hospitals in Lugait and Naawan because we are ashamed with Iligan City),” he added.

If elected, Moreno said one of his priorities is putting premium hospitals in the municipalities of Naawan and Lugait.

He will also push for a renewed Manticao Hospital that will solve the issues of poor medical treatment.

“Kabalo ko nga kun naay masakit sa Lugait, mas gusto magpatambal sa Iligan City kay mas duol man. Parehas na sa Manticao labi na nga ilang ospital wala naatiman. Mao gihapon diha sa Magsaysay nga kon naay magsakit dad-on ang pasyente sa Butuan City kay mas duol man (I know  sick people in Lugait will have to go to Iligan City because its nearby them. The same with in Manticao because the hospital has been left out, as well as the Magsaysay residents who get sick will have to be brought to Butuan City because its nearer),” Moreno said.

His running mate Ayi Hernandez is also pushing for a better healthcare system in Misamis Oriental.

Hernandez aims to provide free medical services for the people.

Family beneficiaries can be covered by the province’s medical protection program, he said, through the push of the revitalized acquisition of the Philippine Health Insurance Corporation (PhilHealth).

The Moreno-Hernandez tandem is eyeing to allocate up to PHP500,000 yearly for the healthcare services, covering families in Misamis Oriental.  (Ayi Comms Team/PR) 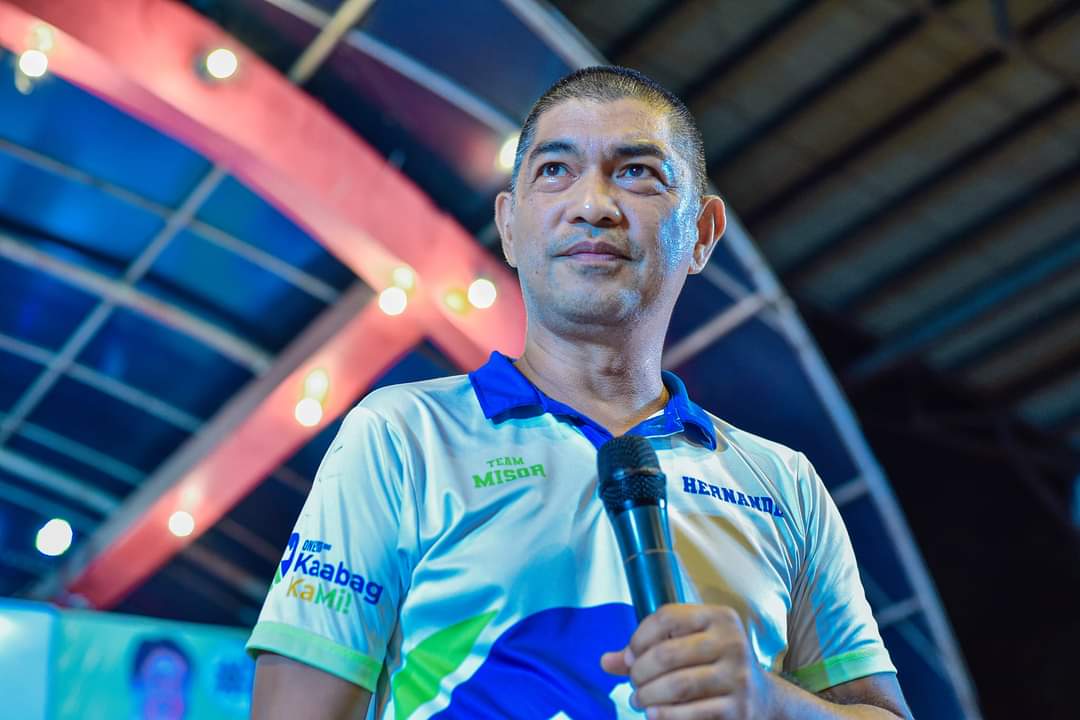 Hernandez cited the wide range of agriculture opportunities within the province, particularly for the farmworkers from Balingasag town to Magsaysay municipality.

He said the initiative will help farmworkers to get easy access to road networks—from farms and coastal areas going to the main roads. Thus, reducing transportation costs of farm inputs and outputs.

Apart from minimizing post-harvest losses, Hernandez sees it will also promote agri-tourism and open other job opportunities once roads are already passable.

If elected, Hernandez vowed to push micro-financing with zero interest rate for agricultural workers including vegetable and cattle farmers as well as fisherfolks.

To further back the programs for the agriculture sector, Hernandez said his tandem with governor aspirant Oscar Moreno, aims to establish a poverty reduction roadmap in the province.

The roadmap will serve as a guide in designing suitable programs for each sector of Misamisnon.

“Para makita unsa ang plano, unsa ang makinarya kinahanglan, pila ang pundo pangalapon, dili lang sa probinsiya kundili uban sa national ug international partners nga naa tay connections sa atong pagtrabaho sa sunod 30 ka tuig (So that we can see what plans and machineries are needed as well as how much funds should be allotted, not just a guide for the provincial government but also for our national and international partners that we have connections in our work over the next 30 years),” Hernandez said. (Ayi Comms Team/PR) 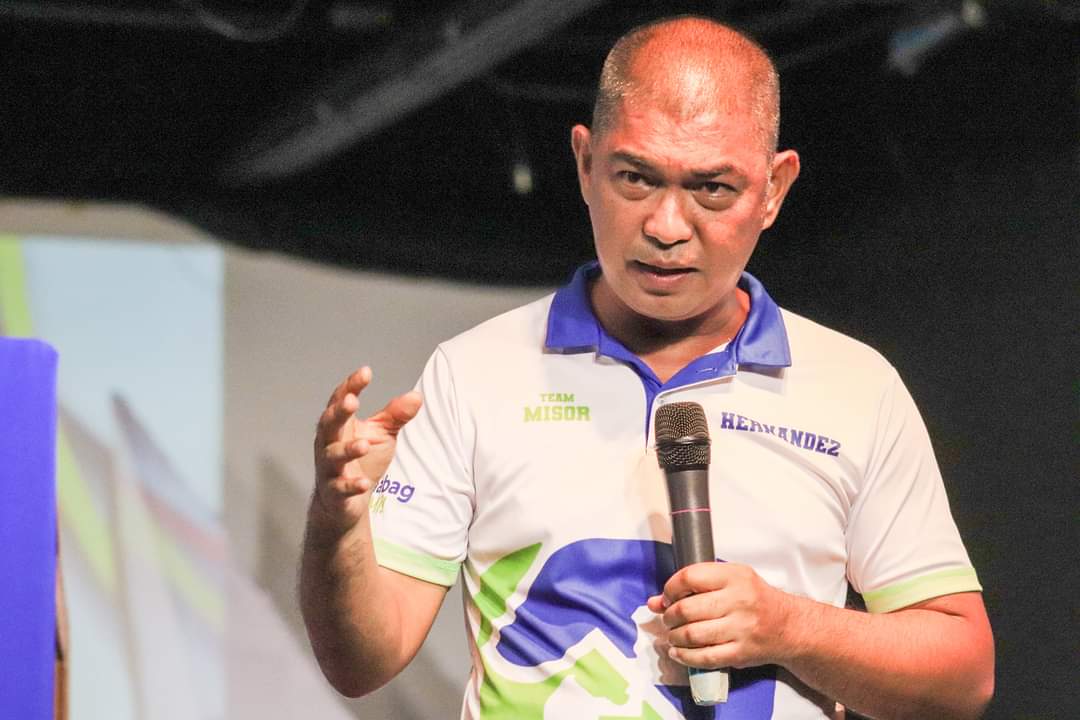 28 Apr, 2022, No comments
CAGAYAN DE ORO—Kaabag Kami’s Vice Governor bet Ayi Hernandez is pushing for free healthcare services and strengthening the scholarship program for the people of Misamis Oriental.
If elected, Hernandez said he will propose to ensure that every Misamisnon will get better access to the local healthcare system without costing them too much.
“Kung atong ma-ensure ang katawahan dili na sila magasto sa ilang kwarta kung naay magsakit (If we can ensure that people will not spend even a single penny if they get sick),” Hernandez said during the recent local candidate debate dubbed “Pag-ila 2022” held in Cagayan de Oro City.
Hernandez also wants to set up a much longer education tenure for eligible Misamisnon scholars.
“Sa edukasyon, kung naa tarong nga scholarships ug ma plastar nato ang maayong sistema nga atong buhaton para ang mga estudyante (In education, we will push a suitable scholarship program and we could establish a refined system, then that’s what we’ll do for our students),” he said.
With this, qualified students will no longer have to renew their scholarships per semester but will be enjoying a full four-years scholarship program from the provincial government.
“Dili per semester. Kay kung per semester depende sa kolor basin maigo, matangtang. Ang atong buhaton, four years scholarship program (It’s not per semester. Because if it’s per semester, there might be changes or removal in the scholars’ list depending on the political color. So we will push for four years scholarship program), ” he added.
Hernandez has been working as a social development advocate for more than 30 years.
He has been spending his entire career in visiting different far-flung areas to conduct community consultations with his co-workers. Thus, he knows the sentiments of various sectors on the grounds in terms of education and the healthcare system.

Hernandez reiterated that among his priority programs are to establish better healthcare services and better education for the people of Misamis Oriental province. (Ayi Comms Team/PR) 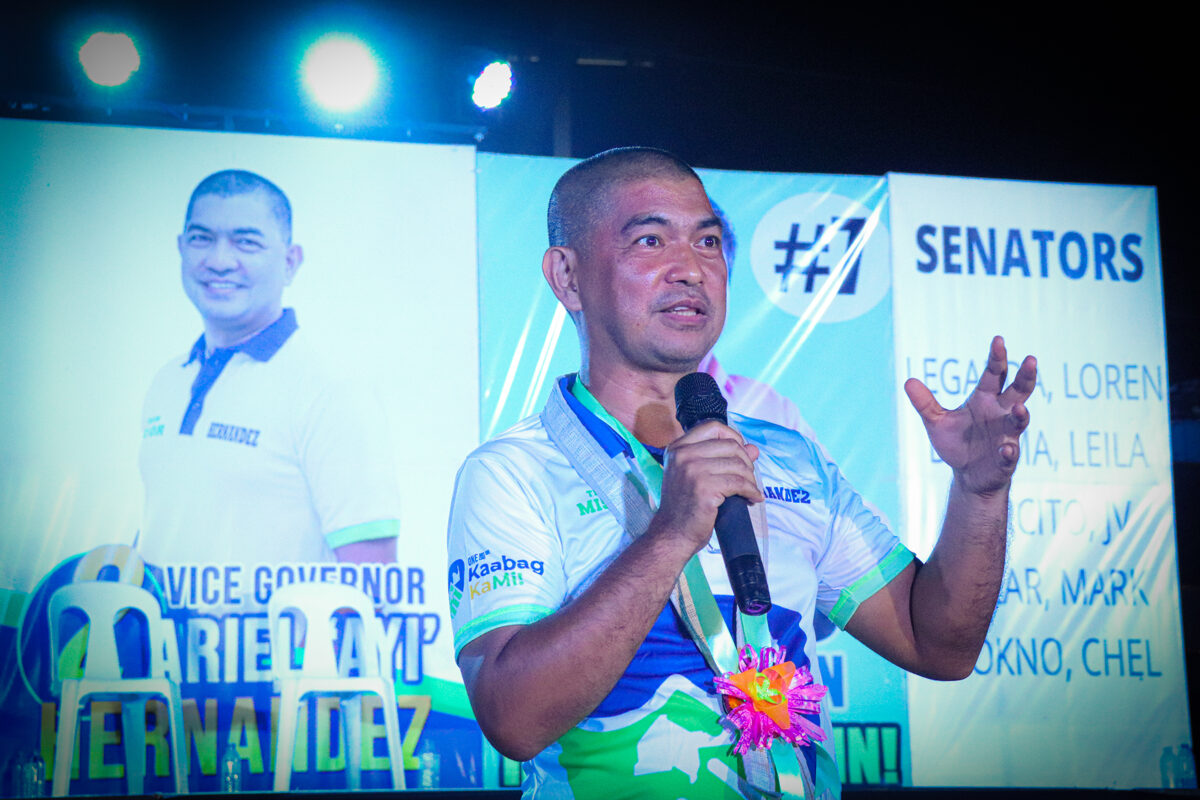 Kaabag to commit half a billion for PhilHealth