July 22, 2021 at 6:13 pm, No comments
The Philippines’ total vaccines administered nationwide has reached nearly 16 million or 15,953, 911 as of July 21, 2021, as the national government and local governments continue to ramp up the deployment and administration of vaccines in light of the detection of local cases of the Delta variant.
Citing data from the National COVID-19 Vaccination Dashboard, Presidential Spokesperson Secretary Harry Roque said that there are now 5,231,469 Filipinos who have completed two doses of a COVID-19 vaccine.
The ramping up of the national vaccination program comes on the heels of the continued arrival of vaccines in the country in the recent weeks. In a press briefing on July 22, 2021, Secretary Roque announced the recent arrival of Pfizer and Sinovac vaccines.
“Dumating po kagabi ang 562,770 doses ng Pfizer. Kasama ito sa 40 million Pfizer doses na binili po natin, ng ating pamahalaan,” said Sec. Roque. The latest delivery makes for a total of 3,038,670 doses of Pfizer vaccines delivered to the country, including the donation from the COVAX Facility that arrived on May 10 and June 10, said Roque.
The Palace official also mentioned that 1.5 million doses of Sinovac vaccines arrived earlier in the day, and another 1 million doses of Sinovac is expected to arrive tomorrow, July 23.
Meanwhile, Sec. Roque, who is the concurrent Inter-Agency Task Force (IATF) spokesperson, was in Pasig City earlier in the day to witness the commemoration of the 100 percent first dose vaccination of senior citizens in the city and the administration of the first doses of the Johnson and Johnson vaccine.
“Ang 100 percent vaccination ng mga lolo at lola ay patunay na kaya natin magkaroon ng population protection,” said Roque. “Kaya nga po ang pakiusap ko, yung ibang mga lolo at lola baka kayo maiwan, 100 percent na po ng mga kapwa nyo lolo at lola sa Pasig bakunado na. Punta na po kayo sa ating mga Centers, mag register, at magpabakuna na rin po, lalong-lalo na dahil mayroong mas nakakahawa, mas nakakamatay na Delta variant,” Roque remarked.
On the Delta variant, Catholic priest and molecular biologist Dr. Fr. Nicanor Austriaco said that to prepare for a possible surge in cases due to the Delta variant, the national government should prepare hospitals and  healthcare workers, including drugs and oxygen supplies, increase contact tracing capacity, and prepare to increase mobility restrictions quickly to contain the surge.
Fr. Austriaco added that for local government units, they should have their contact tracers ready for intense contact tracing, be quick to implement localized lockdowns, and prepare isolation and quarantine facilities, and to strictly avoid home quarantine.
In the same press briefing, Philippine Ambassador to Indonesia Leehiong Wee and Philippine Ambassador to Thailand Millicent Cruz-Paredes provided updates on the COVID-19 situation in their respective countries of jurisdiction, particularly on the Delta variant and the situation of Filipinos in both countries.
Amb. Wee said that cases in Indonesia are starting to go down partly because of the strict lockdowns imposed by the government and assured that Filipinos in Indonesia are being vaccinated against COVID-19.  Amb Wee said he had written to the IATF and the Department of Foreign Affairs to repatriate Filipinos in Indonesia, many of whom have expired work contracts.
For Filipinos in Thailand, Amb. Paredes said they have been appealing to Thai authorities for a wider access to vaccines for the Filipino community, including opening a web portal where Filipinos could register for COVID-19 vaccines. In terms of repatriation,  Amb. Paredes said the embassy is currently processing some 90 requests from Filipinos in Thailand asking to be repatriated.
Also in the same press briefing, Gingoog City Mayor Erick Cañosa said that the one case of the Delta variant that was detected in the city is now isolated and that intensified contact tracing was done up to the third generation contacts to detect possible transmission of the virus.  Mayor Cañosa said the city currently has 25 active COVID-19 cases after implementing proactive measures to bring down the surge in cases that the city experienced in June. With the current enhanced community quarantine (ECQ) classification of Gingoog, the Mayor assured his constituents that the city government is now coordinating with barangay captains on the distribution of food packs from the Department of Social Welfare and Development for families affected by the ECQ. 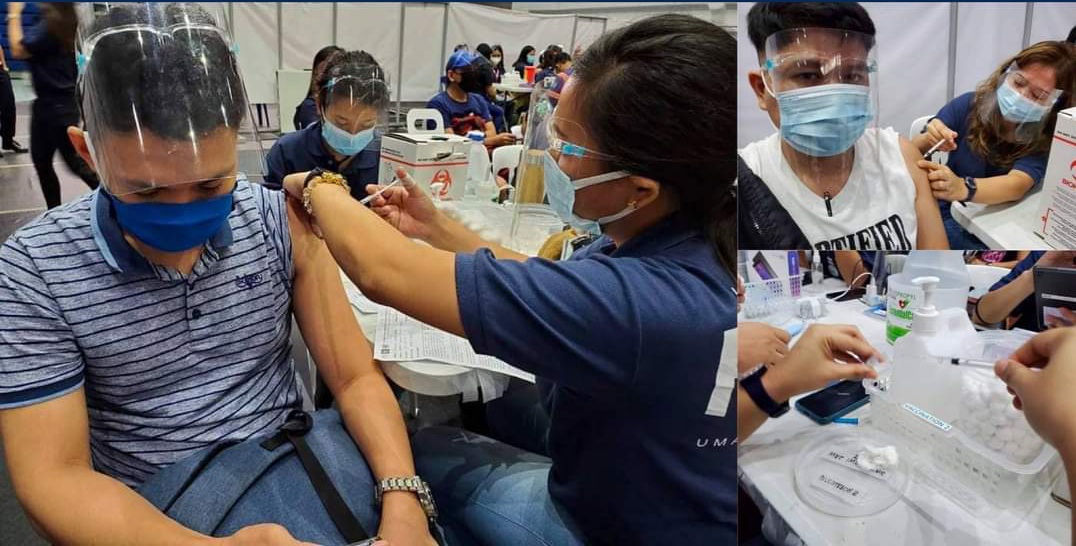