July 28, 2021 at 10:48 am, No comments
MARAWI CITY, Lanao del Sur (PIA)--The Task Force Bangon Marawi (TFBM) just guaranteed to internally displaced persons (IDPs) that housing projects are currently underway in the city and their resettlement is visibly advancing.  Department of Human Settlements and Urban Development (DHSUD) Secretary and TFBM Chairperson Eduardo Del Rosario shared in a press briefing held after the turn-over of 150 housing units in Darussalam Village in Brgy. Dulay Proper Thursday, July 22, the accomplishments of the housing projects and the foreseen inauguration of units in the coming months."In our housing [projects], we are progressing. There were 109 units [turned over] a few months ago and now 170 [units]. Next month, we will be turning over 200 permanent housing units from the projects of the National Housing Authority,” he said.United Nations Human Settlements Programme (UN-Habitat) Country Programme Manager Christopher Rollo stressed that resettlement sites under their organization are continuously going forward through their Rebuilding Marawi through Community-Driven Shelter and Livelihood Program.He detailed that in Barangays Kilala, the UN-Habitat has an ongoing construction of permanent houses with the National Housing Authority (NHA) as the land developer. Likewise, the organization has a project in Brgy. Patani in partnership with the Social Housing Finance Corporation (SHFC) wherein 17 units are already completed and some are still being constructed to attain the target of 438 houses.Rollo further said they have already awarded 109 units in Hadiya Village in Brgy. Dulay West on February 25 this year. Another 120 units in Darussalam Village in Brgy. Dulay Proper and 50 units in Pamayandeg sa Ranao Residences at Dansalan in Brgy. Mipantao Gadongan were also turned over on July 22.He conveyed that they are still looking forward to additional resettlement sites to cover their maximum target of IDPs.“Hopefully, we can add more. Negotiations are ongoing for additional sites para maaccommodate iyong [to accommodate the] total of 1,057 houses,” said Rollo.Meanwhile, Del Rosario said with the progressing housing projects, challenges are also present including the land development concern of the permanent shelter project in Brgy. Patani wherein the government is in the process of resolving such through the acquisition of other hectares of land adjacent to the previous site.“Mukhang mahirap na ipush through further ang land development. May nakita ng another four hectares si Mayor at iyon na ang gagamitin. Itong nakitang site, adjacent lang, better, malapit pa sa road, hindi na malayo at hindi na kailangan ibulldozer pa. Basically, flat na iyong site and the same ang area, “ he said.[It is like we are having a hard time pushing through further with the land development. Mayor has already found another four hectares and that is what we will use. This found site is adjacent, better, near the road, not far and we do not need to bulldoze it. Basically, the site is already flat and it is in the same area.]Apart from the housing projects by the UN-Habitat, separate permanent housing projects are also being carried out by the NHA in Brgy. Kilala to be implemented by the city government of Marawi and in Brgy. Mipantao Gadongan with the provincial government of Lanao del Sur as the lead implementer. (CRG/PIA-10/ICIC Lanao del Sur) 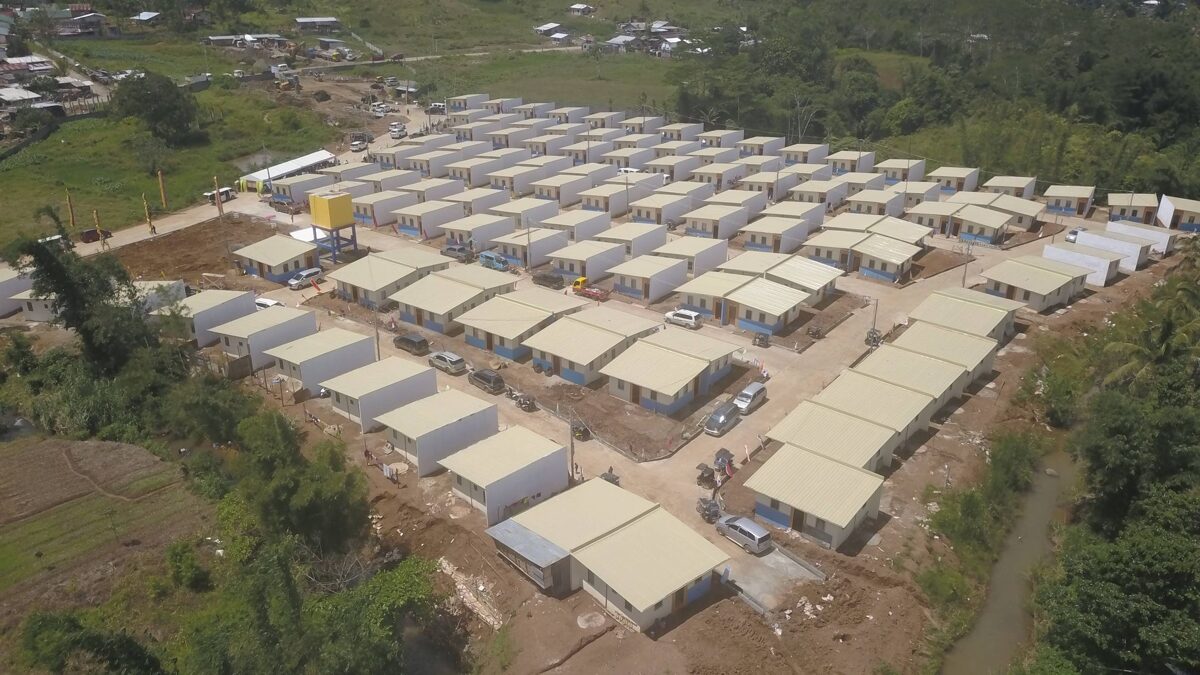