September 24, 2021 at 1:21 pm, No comments
By Alwen Saliring
AT LEAST three New People's Army (NPA) rebels were killed while six high-powered guns were seized by government soldiers in three separate clashes in Caraga early this week.
Troops under the 23rd Infantry Battalion figured in a 5-minute firefight against around 10 NPA guerillas who were believed to be remnants of the dismantled Guerilla Front 4A, North Central Mindanao Regional Committee (NCMRC) led by Jelan Pinakilid alias "Baking" in Buenavista, Agusan del Norte Wednesday morning, September 22.
The military overran the NPA's temporary hideout and seized an AK47 rifle.
In Surigao del Sur, three rebels were reportedly killed and five high-powered firearms were recovered in two separate encounters against around 10 combatants who were members of the Platoon 2, Guerilla Front 30 under Noel Tumarlas alias Megan at the hinterland of Sitio Agsam, and another five NPA fighters of Sandatahang Yunit Pampropaganda Platoon of GF19 in KM22, Barangay Caras-an, Tago town.
Seized in the clash site in Caras-an were an M16 rifle, caliber 22 rifle, 1APM, electrical wire, two blasting caps, and live bullets. An unidentified body of a rebel was found.
On the other hand, troops of the 36IB found another 2 bodies of unidentified rebels and seized an M16A1 rifle, 1 AR18 rifle, 1 Carbine rifle, backpacks, cellphones, medical paraphernalia, personal belongings and subversive documents.
Major General Romeo Brawner Jr., commander of the 4th Infantry Division, has lauded the troops and ordered all line units to relentlessly hunt down the rebels including their leaders.
"We will not give the CPP-NPA-NDF breathing space until they will be pushed to  the edge and will have no other option but to abandon the armed struggle. We assure them that the long arm of justice will eventually catch up with them. Let these unfortunate deaths serve as stern warning to those remaining CNTs to stop pestering our communities and leave our people alone," Brawner said.
“On the other hand, while we push for the total defeat of the CTG, your 4ID will continue to partner with different local government agencies and local government units for the implementation of peace and development initiatives in the geographically isolated and disadvantaged areas. The government, through its whole-of-nation approach, needs to continuously deliver basic services and development projects and continue to campaign against CTG recruitment and extortion activities in several fora to deter support of local town folks to the CTG”, he added.
4ID launched a “no let-up” focused military operations to force the CTG to lay down their firearms and return to a peaceful path. For the month of September 2021 alone, a total of 17 government initiated encounters have already transpired in the 4ID AOR resulting in the neutralization of 43 CTG members and leaders and seizure of 63 high powered and low powered firearms with 8 CTG hideouts tracked and overran. 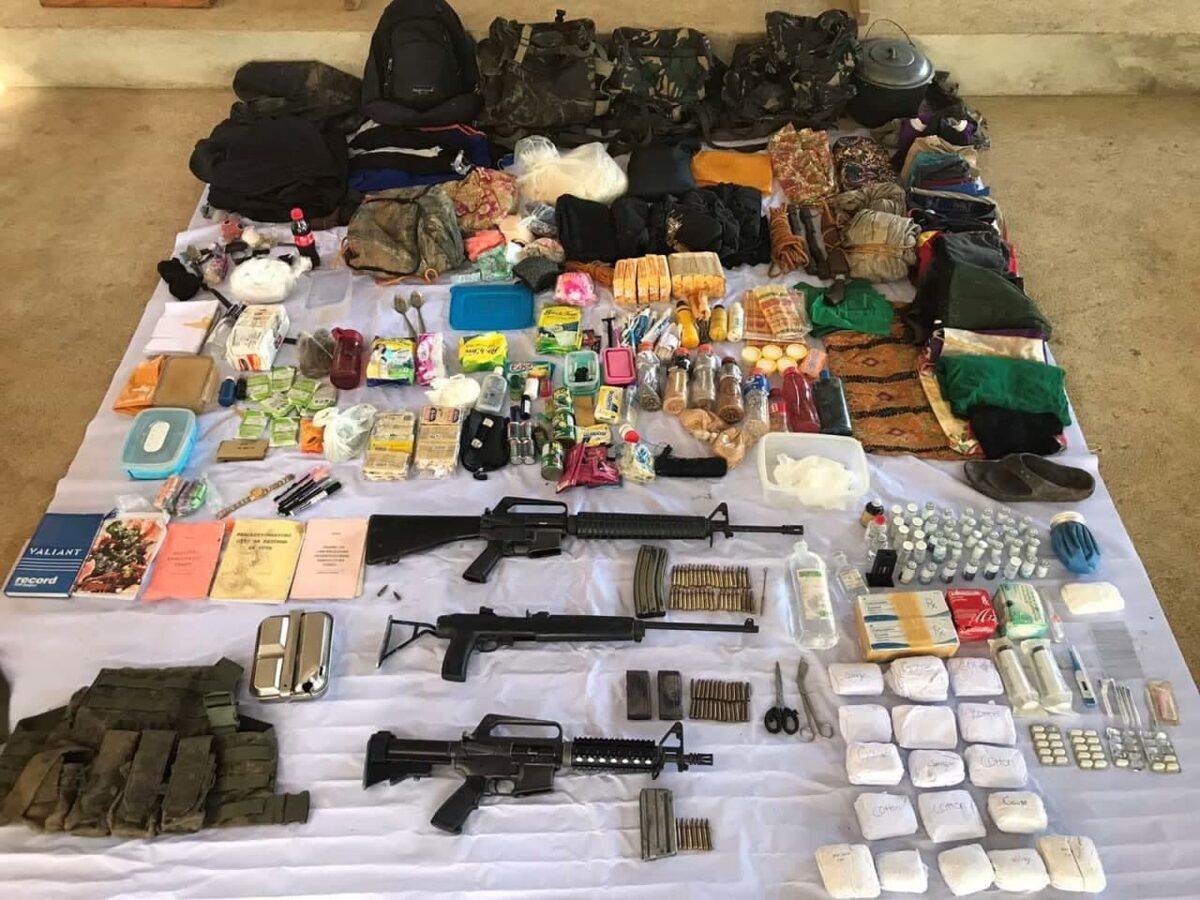