CAMP EVANGELISTA, Cagayan de Oro City – The Chief of Staff of the Armed Forces of the Philippines (CSAFP), General Jose C Faustino Jr, spearheaded today’s ceremonial demilitarization of 316 firearms that were captured, confiscated, surrendered and recovered (CCSR) by the troops of 4ID held at the Alcoseba Hall of the Headquarters of the 4ID in Camp Evangelista, Brgy Patag, Cagayan de Oro City.

The CSAFP is on his farewell visit at the Headquarters of the 4ID/Joint Task Force Diamond (JTFD). He was warmly welcomed with Full Military Honors by the Officers and Enlisted Personnel of JTFD led by Major General Romeo S Brawner Jr, 4ID Commander.

As one of the highlights, Gen Faustino Jr and MGen Brawner Jr led the ceremonial demilitarization of 316 assorted CCSR firearms of the organic and operationally controlled units of the 4ID deployed in the different areas in Caraga and Northern Mindanao regions for the period February to December 2020.

In his statement, Gen Faustino Jr said that the demilitarization of CCSR firearms is conducted as part of a procedure that will ensure that these firearms will not be used anymore for other purposes. He said, “The demilitarization of firearms is a demonstration of the government’s commitment to end the local communist armed conflict by destroying the very instruments used to propagate terrorism against our people.”

He also emphasized that the effort to entice CTG members to surrender is continually undertaken as the AFP is collaborating with other government agencies in advancing the E-CLIP.

“Bukas ang ating AFP, everyone can interview the former rebels on how they were treated and how they are living normal lives right now. We are still offering the hand of peace to the members and leaders of the CTG. The government has the programs and instrumentalities to accept those who decide to surrender”, Gen Faustino Jr added.

“We will recommend the recent CCSR firearms for demilitarization in order to show to the general public that we will not allow the CTG to advocate violence, and intimidate and threaten innocent civilians with the said firearms”, MGen Brawner Jr added.

Demilitarization is the destruction of firearms by “cutting” its parts using a circular saw, whereby all firearm parts shall be rendered ineffective for use as a component or a complete firearm. Subsequently, the metal parts and scraps of demilitarized CCSR firearms must be finally disposed thru burning. 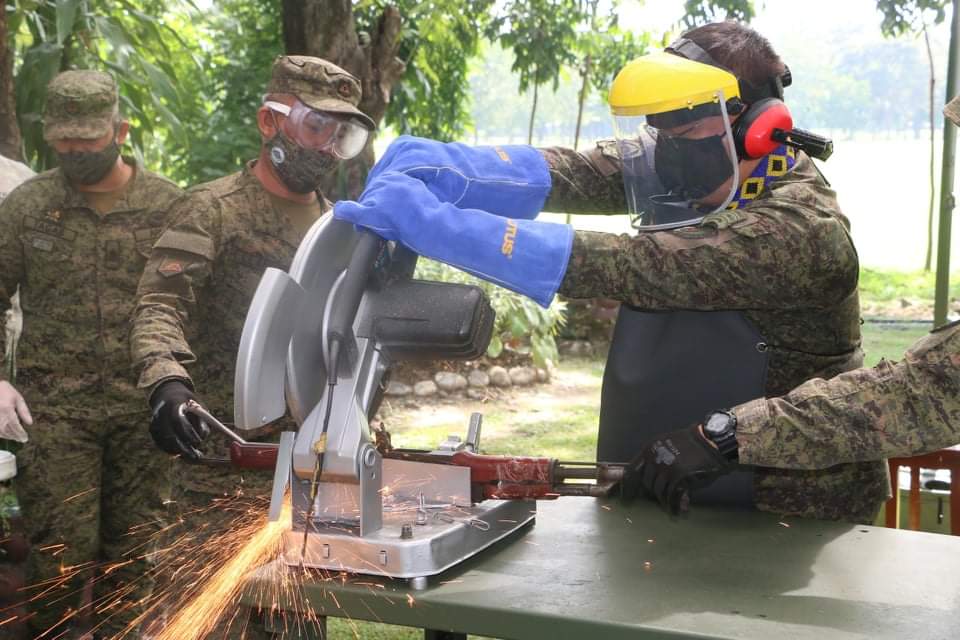