November 9, 2021 at 9:18 am, No comments
MARAWI CITY (PIA)--The government’s massive campaign against illegal drugs continues to gain success in Lanao del Sur after 73 more barangays were granted a drug-cleared status while another 14 were declared drug-free.
The barangays were given the drug-cleared and drug-free status following the stringent deliberation of the Regional Oversight Committee on Barangay Drug Clearing Program (ROCBDC) on November 4-7, 2021 with Philippine Drug Enforcement Agency (PDEA)-BARMM Regional Director Gilbert V. Buenafe spearheading the proceedings.
The drug-cleared barangays include eight from the municipality of Madalum, 12 from Ditsaan-Ramain, seven from Bacolod-Kalawi, four from Marantao, three from Ganassi, 12 from Calanogas, 16 from Taraka, seven from Wao, and four from Buadipuso-Buntong.
The drug-free barangays, on the other hand, include three from the municipality of Madalum, three from Ditsaan-Ramain, four from Ganassi, three from Taraka, and one from Wao.
Drug-cleared barangays are those that used to be affected by illegal drugs but identified drug personalities in these areas have been accounted for and underwent interventions and other government programs while a drug-free barangay is free from illegal drug activities.
The anti-illegal drug campaign in Lanao del Sur is a continuous activity of the government even amid the coronavirus pandemic. (APB/PIA Lanao del Sur) 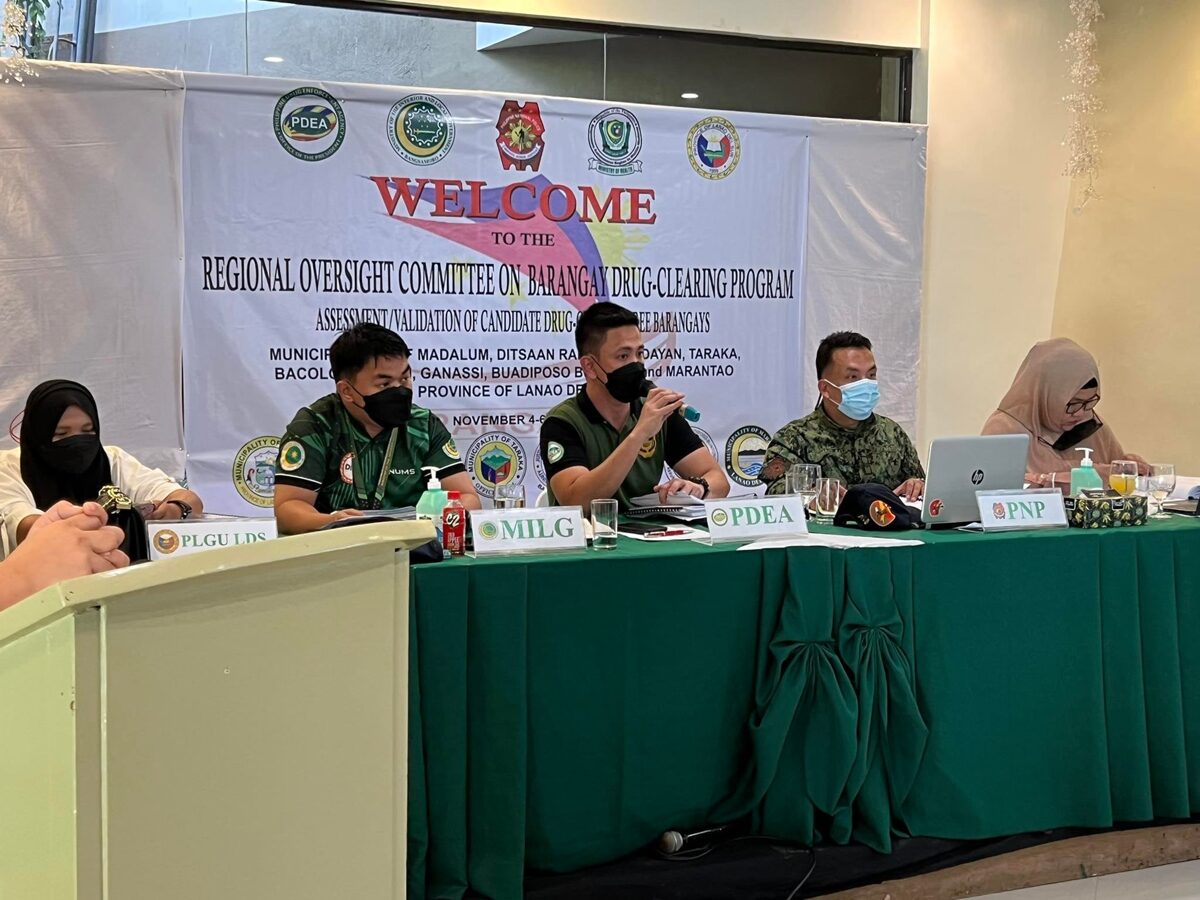