November 18, 2021 at 3:35 pm, No comments
Partido Reporma presidential Senator Panfilo Lacson called on Filipinos to set aside their political differences and put up a united stand on the country’s territorial claim in the West Philippine Sea.
“Our country needs a foreign policy that is neither pro-China or pro-US. It must only be pro-Filipino. We need a foreign policy that unites us as Filipinos, not divides us into red and yellow,” Lacson, chairman of the Senate National Defense and Security Committee, said.
Lacson said that the country’s victory in the arbitration is a hard-won battle but a victory that is still incomplete. He also warned that China is bent on increasing its footprint into the ASEAN region’s foreign policy, economy, and security.
We are committed to a peaceful South China Sea, where nations follow the rule of law and are guided by the Arbitral Ruling. But what we face now is the threat of a resurgent China pursuing its own ‘China dream’ under Xi Jinping – at the expense of our sovereign rights and patrimony in the South China Sea and other areas."
He said China is exploiting what appears to be a divided front in the country’s pursuit of its rights.
“What is sad — and alarming — is that instead of having one voice to assert our territorial rights in the WPS, we bicker among ourselves. In the midst of all this finger-pointing, China is just watching us bicker, and may even be applauding,” Lacson said.
Lacson said the country should exploit the desire of strong nations who are interested in maintaining the balance of power in the region.  He however stressed that the Philippines must again take the lead in this fight.
“The United States, Australia, Japan and some European Union countries have openly expressed their willingness to assist, but we cannot expect them to be more aggressive than us in this regard. It is our territorial integrity and sovereignty being assaulted, so we, not them who must take the initiative. (PR) 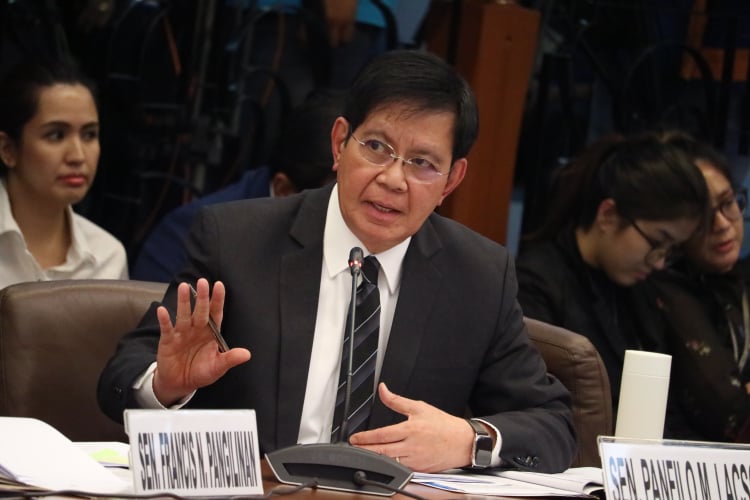