CLAVERIA, Misamis Oriental – At least 56 NPA personalities and supporters, along with others in their communities, have joined the Pulong-pulong and Indignation Rally conducted at Brgy. Ili-ilihon, Salay and at Sitio Curnao, Brgy Umagos, Lagonglong from November 16 to 17, 2021.

The activity was initiated by the respective Local Government Units of Salay and Lagonglong, in collaboration with the 58th Infantry Dimalulupig Battalion and the 1001st RMFB, to signify their people’s official surrender to the folds of the law and withdrawal of support for the Communist Party of the Philippines-New People's Army (CPP-NPA).

The mass withdrawal of support from the NPA personalities is the result of the 58IB’s deployment of the Mobile Community Support Sustainment to Sitio Curnao, Sitio Dagalas, Sitio Tangoban, and Sitio Roa-Roa of Barangay Umagos, Lagonglong, and Barangay Ili-ilihon of Salay.

Months of deployment in the aforementioned areas have finally yielded positive results, as 56 NPA personalities, two of whom were lie-low NPA members, 11 Milisyang Bayan members, and 43 were members of Sangay sa Partido Lokalidad (SPL) have surrendered and withdrawn their support from Pambansang Kilusang Magbubukid (PKM) of the National Democratic Front (NDF) under the supervision of Lumpong 3, Platoon Cherry Mobile, GF Huawei, Sub-Regional Committee 1 (SRC1), North Central Mindanao Regional Committee (NCMRC).
These CTG personalities withdrew their support and pledged allegiance to the government and signed the signature campaign against CTG’s in their Sitios. The mass base supporters also burned flags of the Communist Party of the Philippines-New People’s Army-National Democratic Front (CPP-NPA-NDF). 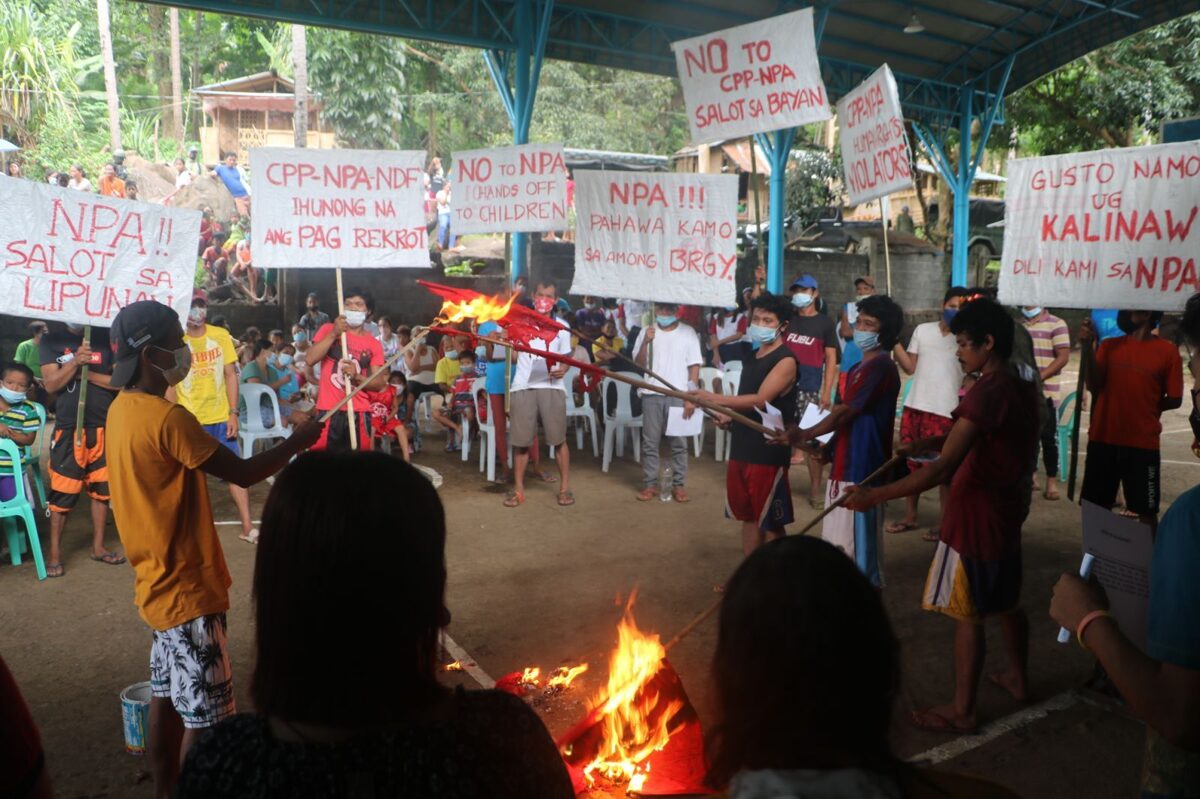 The PNP counterparts, Local Government Units, Provincial Agriculture Office, and other government agencies were also in attendance and gave assurance of their future commitments as the formalization of their withdrawal of support, will yield livelihood support and other appropriate interventions for the development of their sitios and improvement of their lives and as a community in general.