Speaking at a press conference on the sidelines of their dialogue with stakeholders from the public transport sector in Quezon City, Saturday (December 4), Lacson said there are no other aspirants more determined to address the perennial issue of graft in government than he and his partner.

“Find us a tandem more determined than the two of us to address the issue ng corruption based on track record, based on what we have done already, and then probably we might change our minds and vote for them instead,” Lacson told reporters partly in Filipino.

Lacson made the public challenge as he accentuated the gains of his strict ‘no take’ policy back when the Philippine National Police (PNP) dealt with the issues of jueteng and corruption among law enforcement officers during his time as the country’s top cop.

Partido Reporma senatorial candidate retired General Guillermo Eleazar attested to the accomplishments of Lacson whose reforms made a huge impact on the PNP. He said he also adopted his anti-corruption policies when he held the reins of the PNP even for just six months.

(We know that during the time of General Ping Lacson, we saw big changes [at the PNP], not only in addressing the issue of kotong cops, but as well as his financial reforms.)

Now that he’s seeking the presidency, Lacson reiterated he is prepared to duplicate his disciplinary measures in all levels of government bureaucracy. The veteran lawmaker said he and Sotto are the most experienced leaders who are prepared to address corruption issues in government right away.

The long-time public servants underscored they are not making false promises to the electorate because they have always ‘walked the talk’ with respect to fighting massive corruption in different government agencies through their relentless scrutiny of the national budget.

(When the issue involves corruption, large-scale bribery, especially on government projects and everyday public transactions in the agencies of government, we will really address that and we can make that promise without blinking an eye because we are already doing it.)

The Lacson-Sotto tandem was in Quezon City over the weekend with Partido Reporma senatorial candidates Eleazar and Dr. Minguita Padilla to speak with jeepney drivers, delivery riders, and other members of the transport sector.

Lacson said he is hopeful that the senatorial aspirants running under their slate would continue the legacies he and Sotto would be leaving behind next year particularly in guarding and scrutinizing public funds in every step of the budget deliberation process.

(Senator Lacson and TitoSen, you can rest assured that if God wills it and we make it all the way to the Senate, we will continue what you have fought for against corruption and we will also keep an eye on our national budget.) (PR) 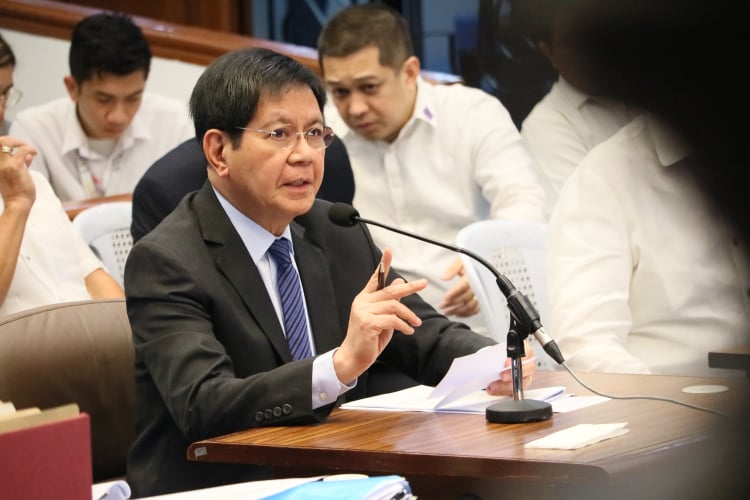