Determined to conduct orderly, safe, honest and fair National and Local Elections 2022, the Commission on Elections (COMELEC)-10 created ways to prevent vote-buying as well as to ensure safety of voters, especially against the spread of COVID-19.

(that will create ways to arrest those who are buying votes or those who will sell their votes, either in cash or in kind, so they can be penalized on their violation)

During the local campaigns, Pobe said in-house or in-person campaigns are not allowed. Wearing of face masks and proper hand sanitation should also be observed.

(Based on the IATF [Inter Agency Task Force], for areas under Alert Level 1 and 2, there is no need to ask permission from the COMELEC for conducting campaigns. They will just need to ask a permit from the local government for the utilization of the venue)

For areas under Alert Level 3, 4, and 5, candidates will need the permission from the Local Campaign Committee Center so the latter will be able to regulate the attendance or participants of the campaign to be held.

He added that hand shaking, and taking of 'selfies' or photos in close contact with the candidates and voters are also not allowed during the campaign period. COMELEC-10 is working closely with the Department of the Interior and Local Government (DILG) and Department of Health (DOH) to monitor such acts. 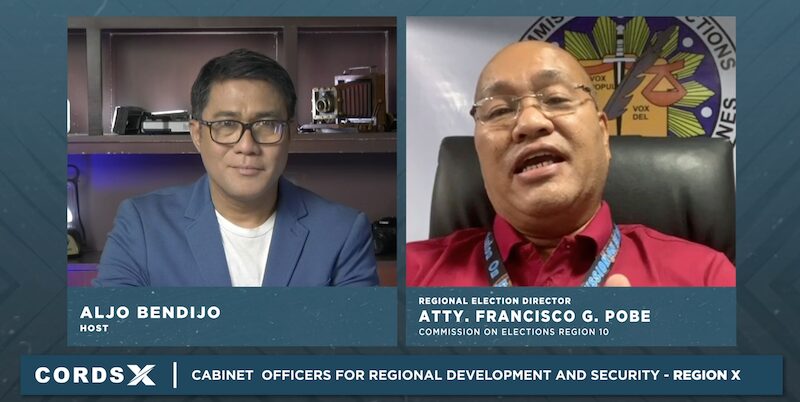