CAGAYAN DE ORO CITY (PIA)--As changes in the weather continues to challenge the urban flooding in the city, the Department of Public Works and Highways (DPWH)-10 reassures that the city’s draining system is an ongoing project they continue to prioritize.
DPWH-10 Information Officer Vina Maghinay shares in ‘Lambo Dyes’ radio program, April 8, that the city's existing drainage system is insufficient but it is assured that projects have been ongoing despite the challenges of road right of way issues, the pandemic, the unfavorable weather condition for the past week, and especially delays on funding.
Currently, of the entire P7.6 billion budget allocation for the project, P3.20 billion have only been released and utilized for ongoing infrastructure development, while completion of the project depends greatly on the remaining budget.
Aside from that, contribution of the community to the flooding is also a recurrent issue. Maghinay urges the people’s cooperation on observing proper waste management that the local government unit (LGU) extends to implement, together with other non-structural interventions like cleaning of drainages, and monitoring and control of informal settlers near creeks and riverbanks.
"Aside from this being dangerous, expected pod nga ang mga basura diha ra pud around magtipok (Aside from this being dangerous, it is expected that trash will mount around the area)," Maghinay added.

She explains that while drainages along national highways are already established and functional, the connected drainages in big waterways, like drainages from the residential areas, barangays or communities, if clogged and silted will only result in water waste overflowing.

(The existing drainage systems aren’t enough, because few of our drainages are already silted, clogged with trash, and a few that are non-functioning. That is why we construct drainage systems under the DPWH, and these are along our national roads)

Among these projects are constructions along the University of Science and Technology of Southern Philippines (USTP), Kauswagan, Agora, and towards Bulua Terminal, and including completed drainage systems along catchments in Sapang (12); Carmen (9); Bitan-ag and Kolambog (12), and two ongoing project in the area.

These projects have also been under Environmental Impact Assessment before implementation for flood management, to prevent harm and hazards to the environment.

The development of these drainage system master plan, especially the Cagayan de Oro drainage systems are one of priority infra projects to minimize urban flooding, made possible through the Build Build Build program as it is one of the six highlight projects of the program.
Other projects of this program include the development of the CDO coastal road, Masterson Avenue alternate diversion road, mountain diversion roads, and a number of bypass roads to decongest traffic and lessen travel time in the region. (RLT/PIA-10) 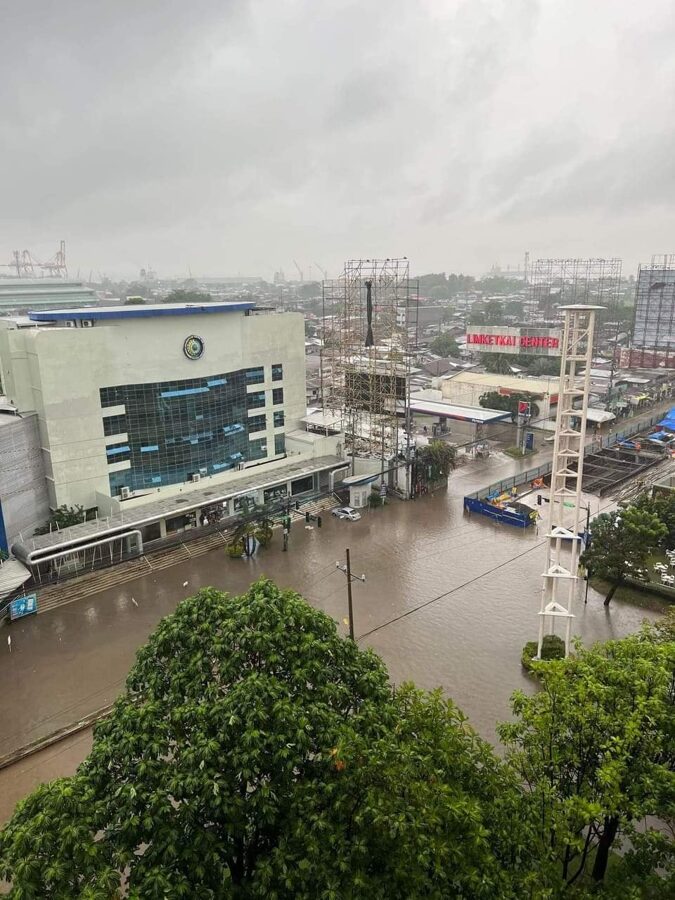 High water level along USTP on the low pressure area experienced by the city, April 7. (DPWH-10) 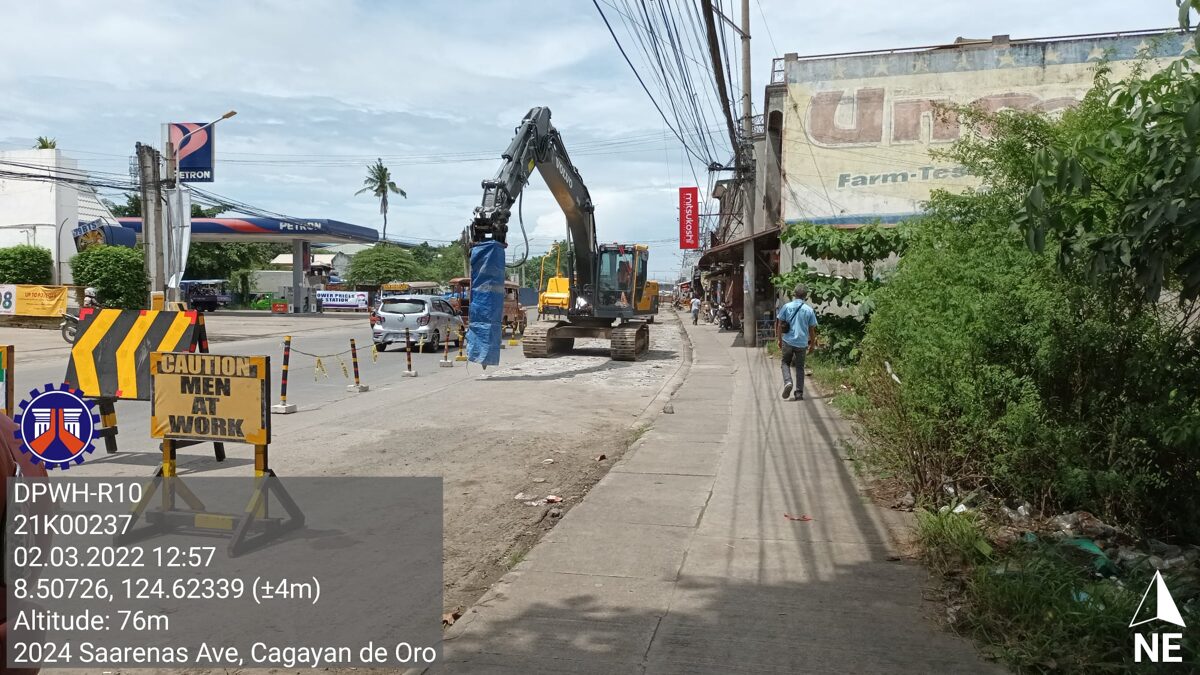