NPC says citizens have privacy even when in public places

MARAWI CITY, Lanao del Sur (PIA)--The National Privacy Commission (NPC) underscored that any individual still has his privacy even when he goes in public areas.

NPC Policy Review Division’s lawyer Althea Therese Radovan discussed in the recently conducted Data Privacy Act and Cybercrime Prevention Act awareness webinar of the Department of Information and Communications Technology (DICT)-12 and Mainland Bangsamoro Autonomous Region in Muslim Mindanao (BARMM) that before, privacy, including the confidentiality of communication, was only known to be what was found within the four corners of the home which then led to the assumption that whenever one would go out, there would already be less of privacy or its concept would not be the first to be magnified.

She then contrasted today's event with the uprising of digital technology wherein privacy is what not a person knowingly exposes to the public even in his own house or office, but what he seeks to preserve as private even in a public area.

[We must still be open to limitations even though it is easy to interfere with privacy. This is still ours. We must leave something for us or we must still have control over the data that we give.]

Radova further noted that privacy is also a significant matter that needs to be preserved as highlighted in the enacted Republic Act No. 10173, otherwise known as the Data Privacy Act of 2012.

[This right to information privacy is one of the rights protected by the Data Privacy Act. This means privacy does not only apply to locations or where we are. Not just when we are in our house or in places that we own as even in public places, there still exists the expectation of privacy]. (CRG/PIA-Lanao del Sur) 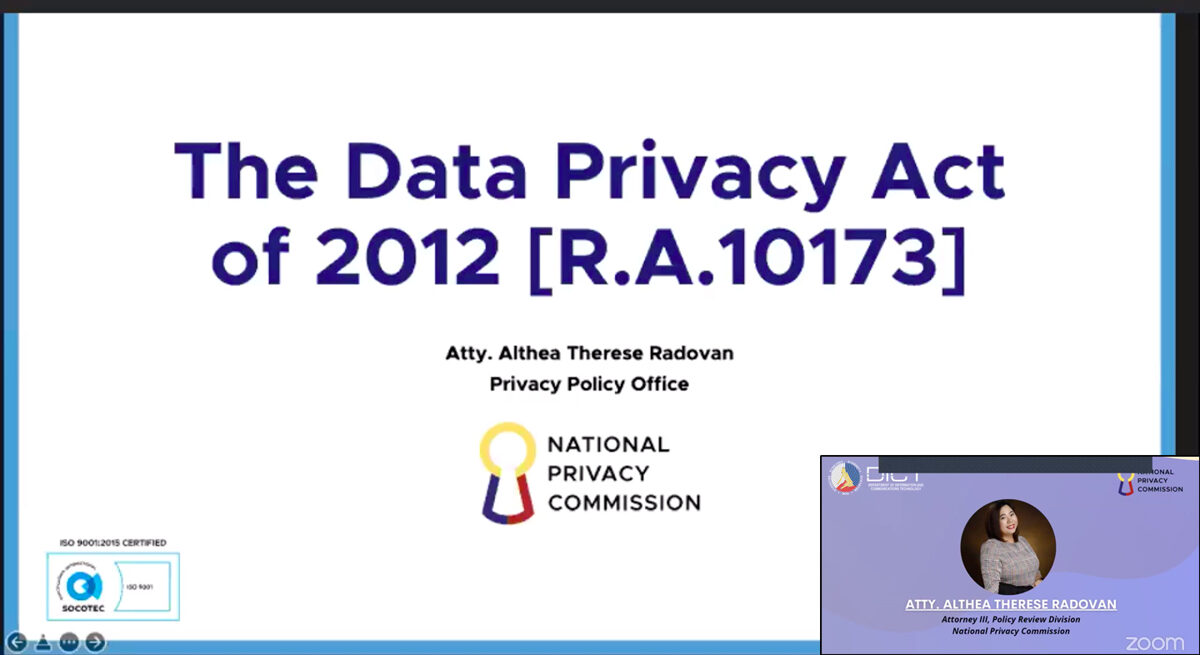