May 6, 2022 at 2:14 pm, No comments
For going all out in supporting Rotary’s thrusts, the Rotaract Club of Carmen Valley garnered the most prestigious citation of the event: the Platinum Award during the 2022 GEAR (Groundbreaking and Exemplary Accomplishments of Rotaractors) Awards making its mark as one of the most outstanding Rotaract clubs in the whole country. 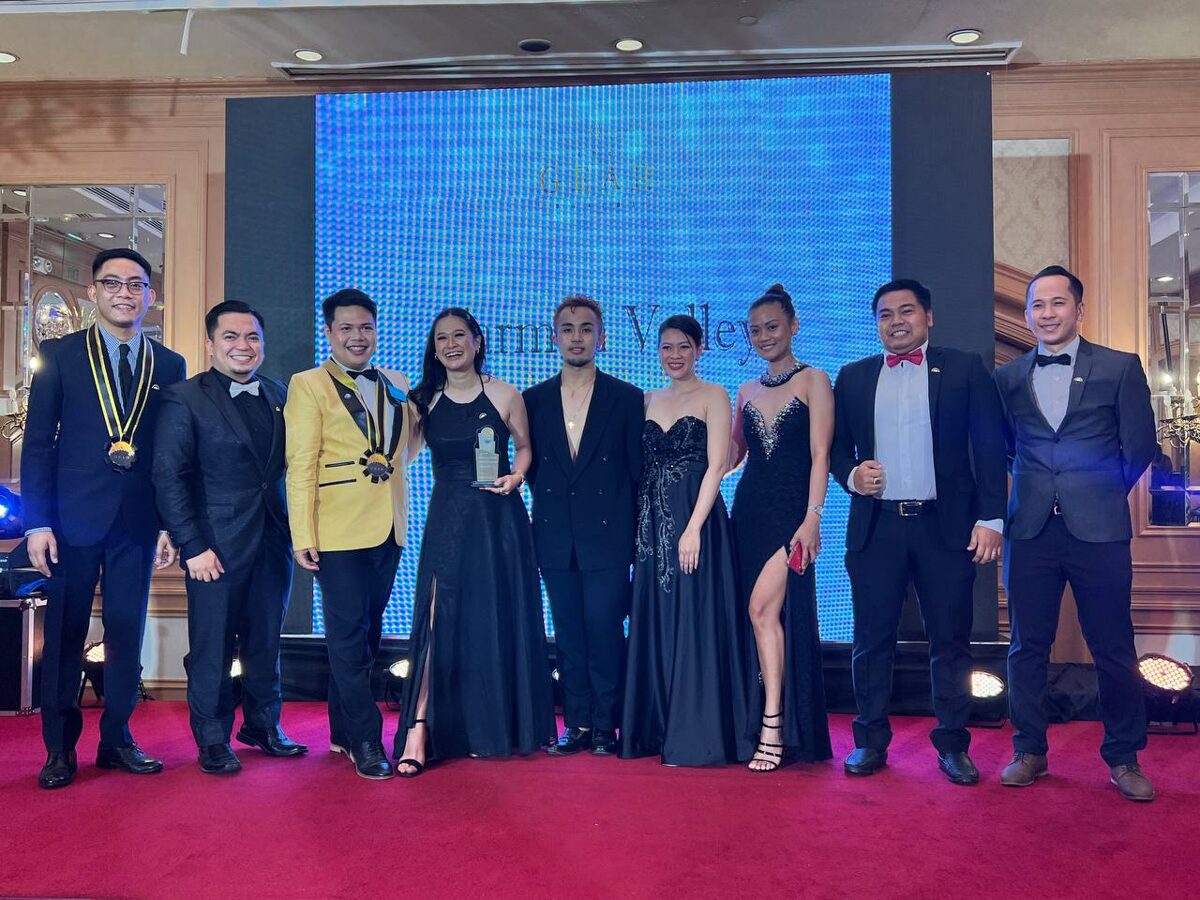 The club received the award during a ceremony held on May 1, 2022 at the Heritage Hotel, Pasay City.

Not only that, the club was also recognized for having the Most Outstanding Rotaract Club Project in Water, Sanitation and Hygiene for its Project Flush and a finalist in the Maternal and Child Health for its #SaveSAM Year 2 Project and Economic Community Development for its Operation RUGalo Project. 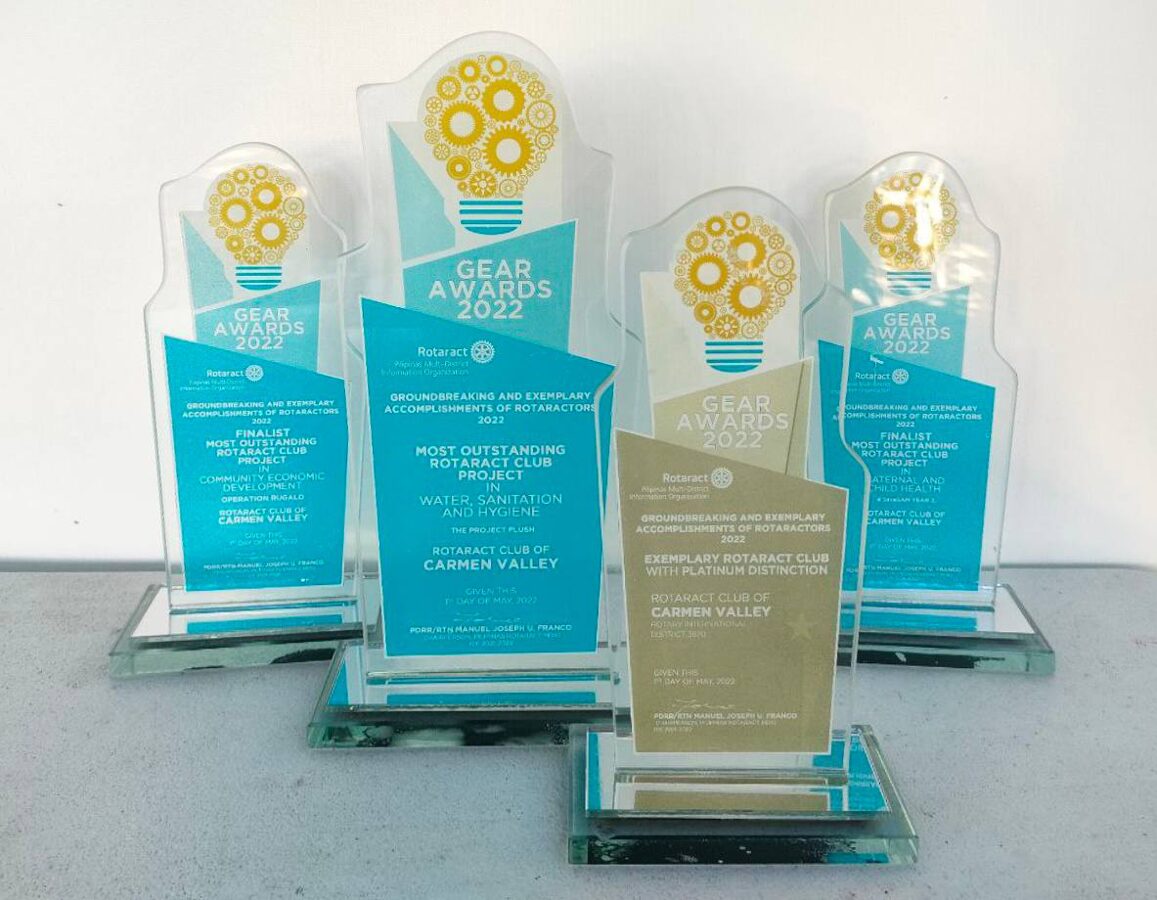 RAC-Carmen Valley garnered a total of 4 awards, including the most prestigious PLATINUM Award under the Exemplary Club Category during the awarding ceremony.

The Project Flush: A Toiletbowl Donation Project for households in Brgy. Mambuaya, CDO. This project supports the government’s Zero Open Defecation Campaign as a way to promote sanitation and hygiene and is tantamount to helping the world eradicate polio.

Project #SaveSAM: A 120 days Egg-Feeding program at Brgy. Lapasan and Mambuaya, advances the Rotary’s Maternal and Child Health Campaign as the club extends assistance such as feeding program, providing basic essentials, to children who are under 5 years of age and identified as children with Severe Acute Malnutrition (SAM).  Most Outstanding Rotaract Club Project in Water, Sanitation and Hygiene 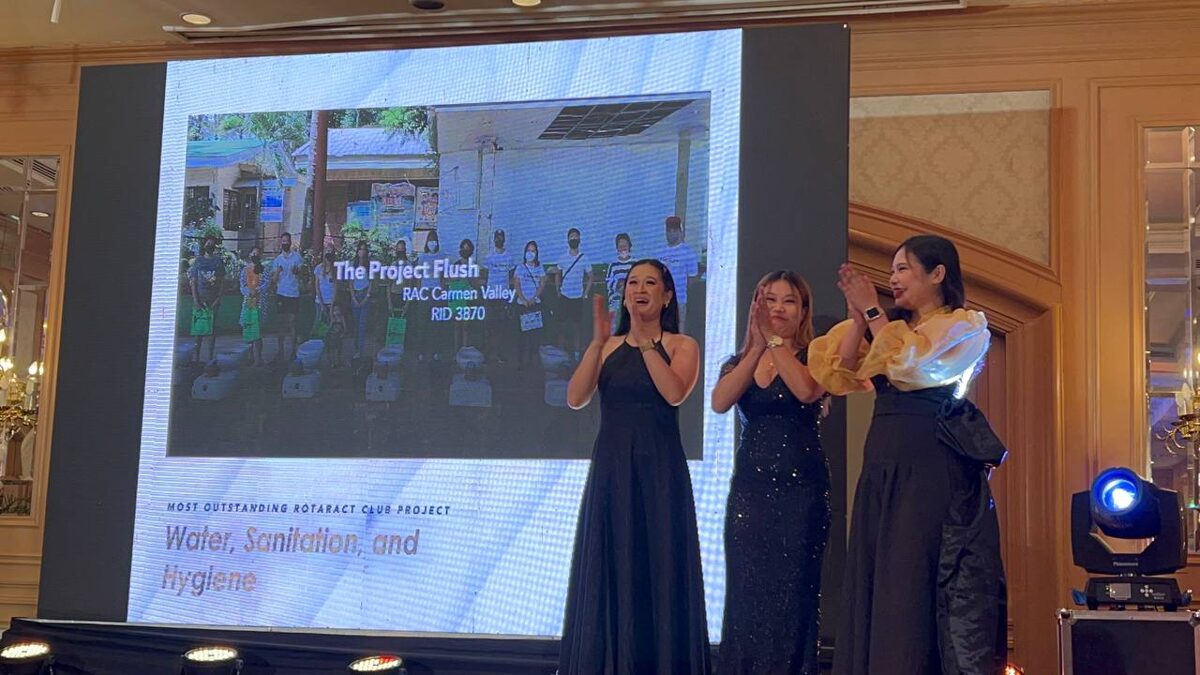 Nominees of the Most Outstanding Rotaract Club Project in Water, Sanitation and Hygiene Category

The Operation RUGalo: A Livelihood Project for Rug Weavers in Claveria, Misamis Oriental, meanwhile supports the government’s anti-insurgency program as the project helps in the reintegration of former rebels to the mainstream society. The club turned over used clothes for the rebels to use in their Rug Making Livelihood.

For RAC President LadyLene Almanzor, more than the awards, the projects’ impact to the lives of the people is what matters most. 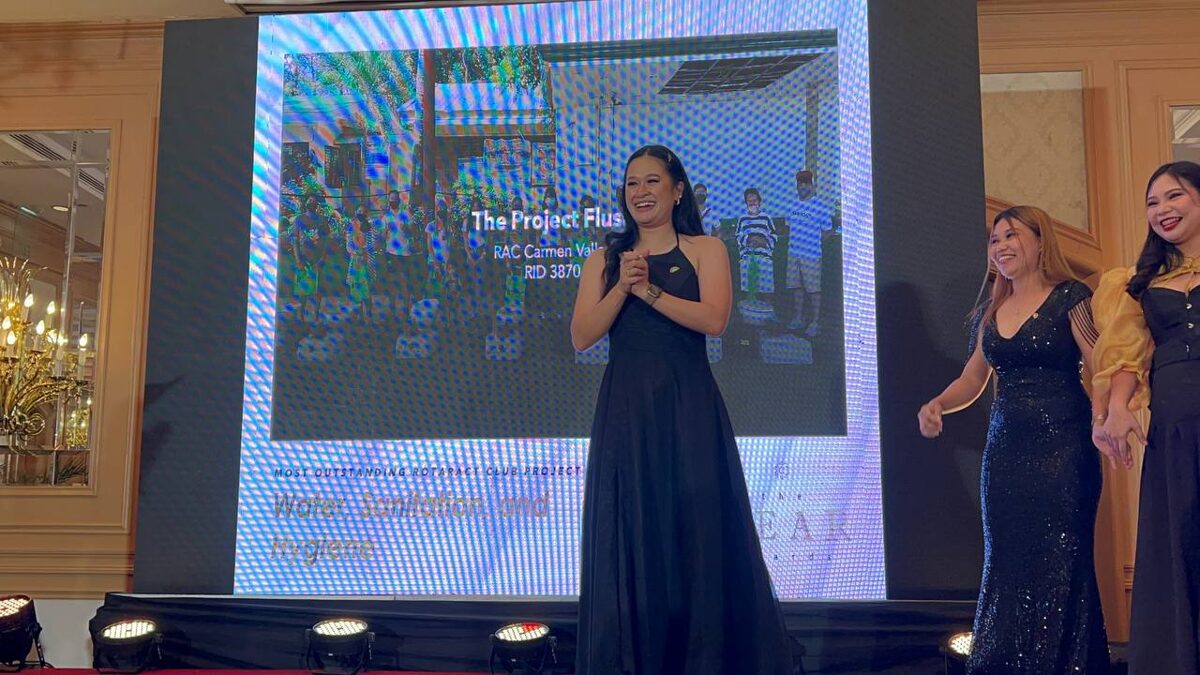 “These awards inspire us to continue our advocacies and give back to our communities. We are grateful for Pilipinas Rotaract MultiDistrict Information Organization for recognizing our hardwork,” Almanzor said.

Moving forward, the Rotaract Club of Carmen Valley hopes to initiate more projects, inspire the youth, and make an impact to the lives of the people they will continue to serve. 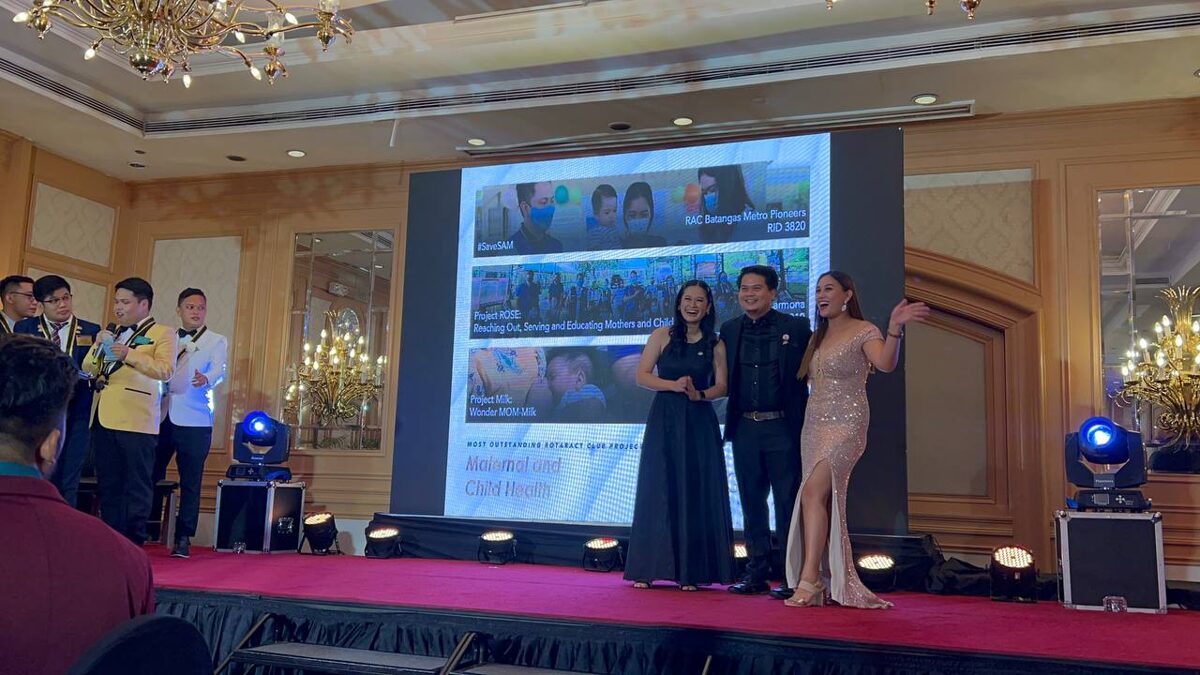