September 4, 2021 at 11:33 am, No comments
By LYNDE SALGADOS
TEARS streamed down her face when the world paid attention to the recent Tokyo 2020 Olympics.
On Thursday, September 2,  an emotional Imelda Lariba broke down in tears again as she, her husband Tony and youngest daughter Yenyen visited at the Oro Gardens Memorial Park in Cagayan de Oro for the 3rd death anniversary of their first born-girl who brought so much pride and honor to the country.
"The Summer Olympics would always bring joy and sadness to the family. But we tried to lighten up knowing that Yanyan  could'nt be happier with the success of the Filipino athletes especially her fellow Kagay-anon," shared her mother, referring to the Philippines' modern Olympic heroes in weightlifter Hidilyn Diaz and boxers Nesthy Petecio, Carlo Paalam and Eumir Marcial.
The late Ian Nietes Lariba, fondly called Yanyan by her friends,  was the Philippines' first ever table tennis player to qualify in the Olympics.
She was the country's flag-bearer in the 2016 Rio de Janeiro Summer Games where Diaz won a silver and now became the first Olympics gold winner for the Philippines after the smoke of battle cleared in the Tokyo Games.
Lariba, who graduated high school at Corpus Christi School in Cagayan de Oro, was about to turn 24 when she died in a Manila hospital after a year-long battle with acute myeloid leukemia. The same age when Cagayan de Oro compatriot Paalam won the Olympics silver in boxing.
"Fresh pa kaayo lisod malimtan sayang gyod kaayo si Yanyan it's hard to cope up for us labi na bag-o lang ang Olympics," Imelda, 55,  told the Northern Mindanao Daily Source.
Dario Hernane, an army's enlisted personnel with the 4ID and one of Lariba's early trainers, said he's still in quarantine mode at their house in Camp Evangelista, brgy. Patag, Cagayan de Oro. "But i always remember Yanyan on her third death anniversary. I offered a prayer and reminisced the old days adtong bata pa nga wala pa siya'y buot until some scouts from Manila took notice of her great potential," Hernane said.
From Corpus Christi to De La Salle University in college, the left-handed Lariba was undefeated in her five-year table tennis career in the University Athletic Association of the Philippines (UAAP) Games.
She won three Most Valuable Player (MVP) awards while leading the De La Salle Lady Paddlers to 3 UAAP titles, making her as the "Goat" (Greatest of all Time) of the country's table tennis association. 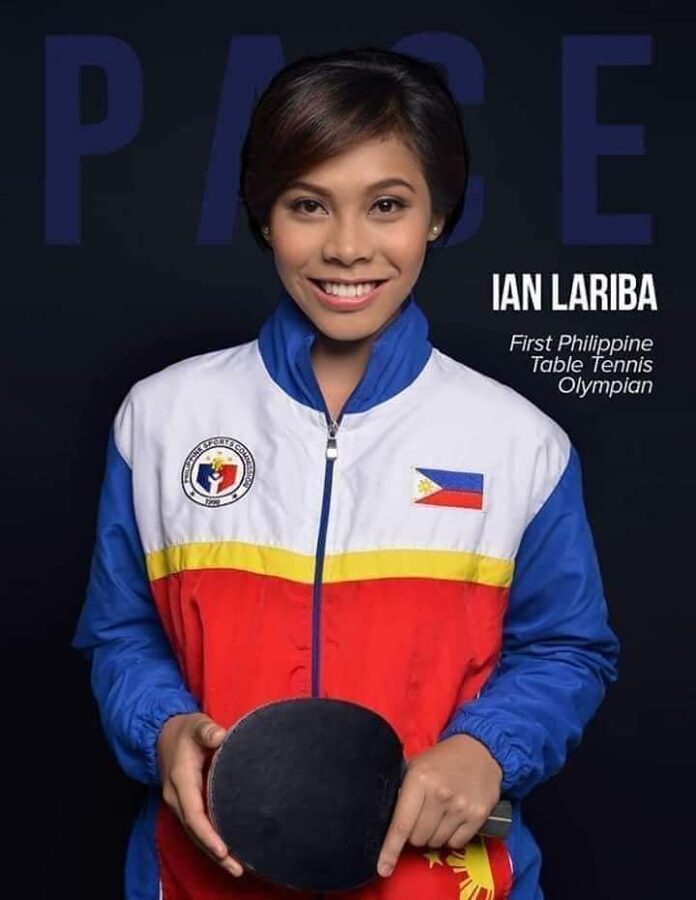 The family of the late Filipina Olympian Ian Lariba visited her grave in time of her 3rd death anniversary at the Oro Gardens Memorial Park in Cagayan de Oro on Thursday, September 2. (Facebook grab)