Inspired by the support of Congressman Robert 'Ace' Barbers, the new-looking Surigao Fianchetto Checkmates expressed optimism to better their quarterfinals stint, the last time out, as they wage war anew in the 3rd Conference of the Professional Chess Association of the Philippines (PCAP) online chess tourney via lichess.org.

"High morale kaayo atong mga players sa Mindanao with Sir Barbers' assurance of his financial support. This is a geat help for us to do better in our quest to bring honors to Mindanao," said team owner in newly-recognized Arena Grandmaster Rey Urbiztondo.

In the absence of US-based Grandmaster Enrico Sevillano, Davao City's National Master Jonathan Tan will man the Surigao Fianchetto's top-board position with new recruits in the youthful pair of Lennon Hart Salgados from the Philippine Airforce and NM Joey Florendo from Zamboanga alternating with Tan on board 1 down to board 2 assignment.

"GM Sevillano who is now a US citizen was able to play with us because the 2nd Conference is an import-flavored rivalry. But we're looking good right now with our young recruits that we're hoping to carry us in surpassing our quarterfinals stint last conference," added AGM Urbiztondo.

Completing Surigao's roster are University of the Philippines' (UP Maroons) stalwart Aubrey Gallardo on board 3 with Jessa Mae Lisondra as alternate, Fr. Vic Arellano of Cagayan de Oro on board 4 with Joselito Serna as substitute, and Surigao locals FIDE Master Vince Alaan, Tyrone Alaan and AGM Urbiztondo on boards 5 to 7 with Cyrus Donasco and Rogelio Canoy as alternates.

They are set to do battle with 2nd Conference champion Iloilo Kisela Knights of Grandmaster Joey Antonio and erstwhile child prodigy Karl Ochoa on Saturday night.

Meanwhile, the Bisdak-powered Philippine Para team-- mostly composed of Visayan-speaking players with either physical and visual disability--is also joining the conpetition in the company of the Philippine junior team and the Davao Executives Chess Society (DECS) that defeated the Surigao chessers during their tune-up match in August.

For one, two of Para team mainstays--Henry Lopez and James Infiesto who both hail in Davao--were just conferred of the National Master (NM) title by the National Chess Federation of the Philippines (NCFP).

A feat, of which Lopez said, would surely boost the whole team's confidence.

"Our intent when we accepted PCAP invitation is for training and to win the tournament. Next year, we will have the ASEAN Para Games in Vietnam by May-June then Asian Para Games in China by October and Olympiad for Disabled in Russia by August to compete," said newly-minted National Master (NM) James Infiesto, the team coach and trainer.

PCAP commissioner Paul Elauria said the professional league will grant the para chess team a "little elbow room" with the rules especially for the visually impaired players who need a personal assistant to make the moves, inorder to somehow "level the playing field".

The team emerged fifth overall in the FIDE Online Olympiad for people with disabilities last year spearheaded by Severino who brought home an individual silver medal. 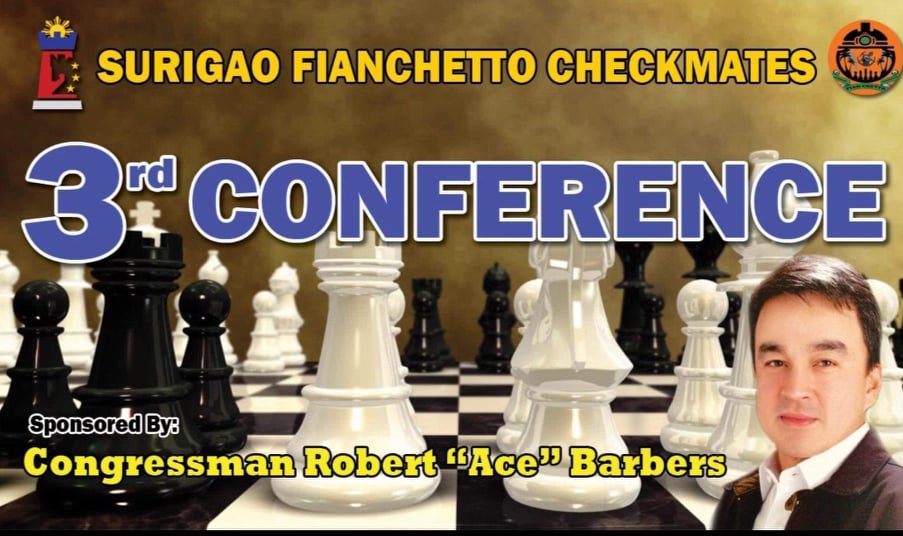