Northern Mindanao lost a young sports hero after Paulo Antonio Ceasar Calingin, a cornerstone of the local basketball squad that won gold in the 2013 Palarong Pambansa, died on Thursday night, September 16 after a week-long battle with ruptured AVM (arteriovenous malformation) in his brain.

His father, Paul Andrew 'Andy' Calingin said he tried not to cave in from depression.

"He's not just an ordinary athlete and looked superbly fit at his age," Calingin said, explaining that AVM is not actually an aneurysm but an abnormal connection between the arteries and veins in the brain that usually forms before birth.

Known as Paopao to many friends, his mother is erstwhile national age-group tennis champion Jordana 'Kakay' Almirante of the famed Almirante family that revolutionized professional boxing promotion in Cagayan de Oro in the early 60s.

As a kid, he formed a backcourt tandem with now National Collegiate Athletic Association (NCAA) top guard Joel Diomar 'Maymay' Cagulangan as they anchored the Northern Mindanao team's first ever basketball gold finish in the Palarong Pambansa held in Dumaguete City in 2013.

Guided by the elder Calingin as the team's head coach, it was Northern Mindanao’s first ever and only gold triumph in Palaro basketball competition after 65 long years since the national students meet, governed and organized by the Department of Education (DepEd), started in 1948.

"Pao was a jolly kid, very respectful but with a warrior's heart that won't easily give up."

In the Dumaguete City Palaro, the NMRAA toddlers played undefeated in the basketball's elimination round.

They bested title-favorite Central Luzon via overtime play, 59-50 in the semifinals then came back strong in the finals to beat Davao region, 56-50.

A feat that both catapulted the Butuan native Cagulangan and the Cagayan de Oro pride Calingin into the high school varsity fold of La Salle University in Manila.

"My grandson fought a good fight till the end," said 'Boy Al' Almirante, among the few left as "karaang bugoy" in the City of Gold since the post-war era.

Paopao was laid to rest on Monday, September 20 at the Oro Gardens. 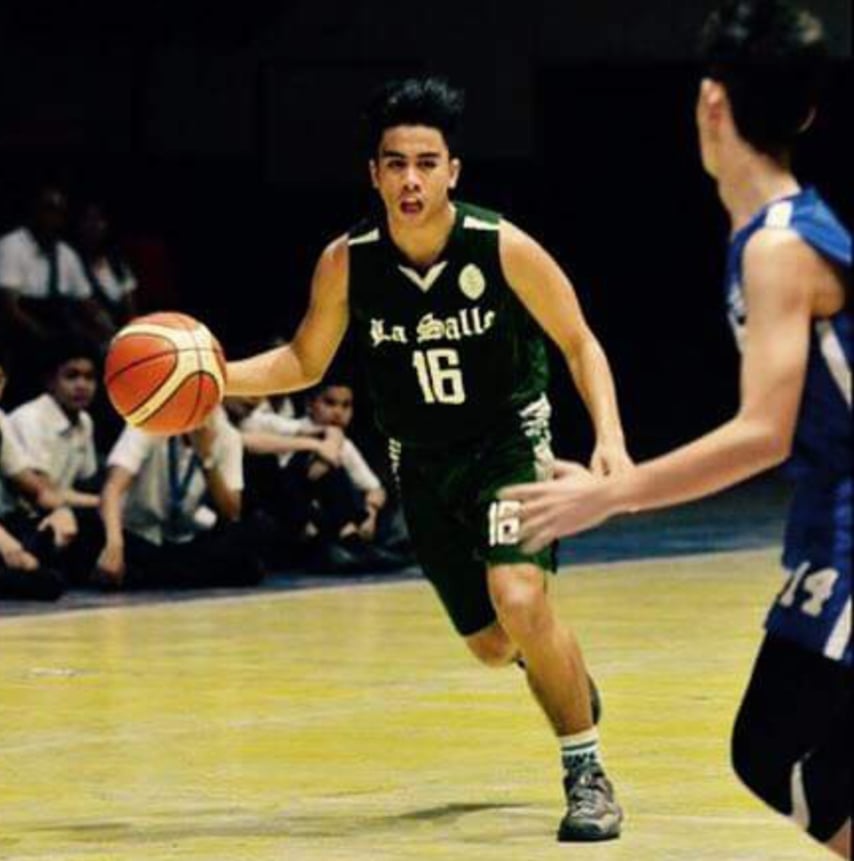 Paulo Calingin then playing for the La Salle Green Hills in the UAAP junior hoopfest. (Courtesy of the Calingin family)