Cagayan de Oro's Ruelle 'Tawing' Canino, seen as one of the futures of Philippine chess, opens her campaign today at 2 p.m. in the Eastern Asia Youth 2021 hosted by Thailand via online format from September 24-26.

In that qualifying stage, Canino was made to compete against male rivals in the 14-under boys category after noticing that she's the only female participant in her bracket.

And survive she did, edging fellow 6-pointer Juncin Estrella in the Bucholz tiebreaker, 28.5-25.5, for the crowning glory.

Canino's older brother Ronald also qualified after his third-place finish in the 18-under boys division.

All top-3 finishers in each bracket will advance to the Eastern Asia Youth chessfest, according to the organizing National Chess Federation of the Philippines (NCFP).

"I think the titles have been long overdue especially for the younger Canino (Tawing) who already brought so much pride and honor to the country in the recent past," said the Canino siblings' chess trainer, Jaime Joshua Frias II.

Frias said the young female chess whiz already racked up a total of 10 golds in the ASEAN age-groups in Malaysia and Thailand plus 5 more gilts during the 2019 Asia Youth competition.

"A bright future awaits Tawing Canino. I hope she can sustain the momentum in the international level with the help of the NCFP," added Frias, a Dubai Open and Australian champion himself in the challenger division.

"There's still so much to improve in all facets of her game, including the opening, middlegame and endgame. We would surely miss her but this is what's best for her future," the mother said.

She expects Filipina compatriot April Claros and a Mongolian qualifier to be her daughter's toughest tests in the Eastern Asia Youth rivalry.

The 13-year-old Canino left a legacy at the Kauswagan Elementary School in Cagayan de Oro where she graduated. While a student there, she won triple golds during the Mindanao elimination of the 2019 Batang Pinoy meet in Davao, and then she capped it with the national championship victory in Puerto Princesa, Palawan, that same year. 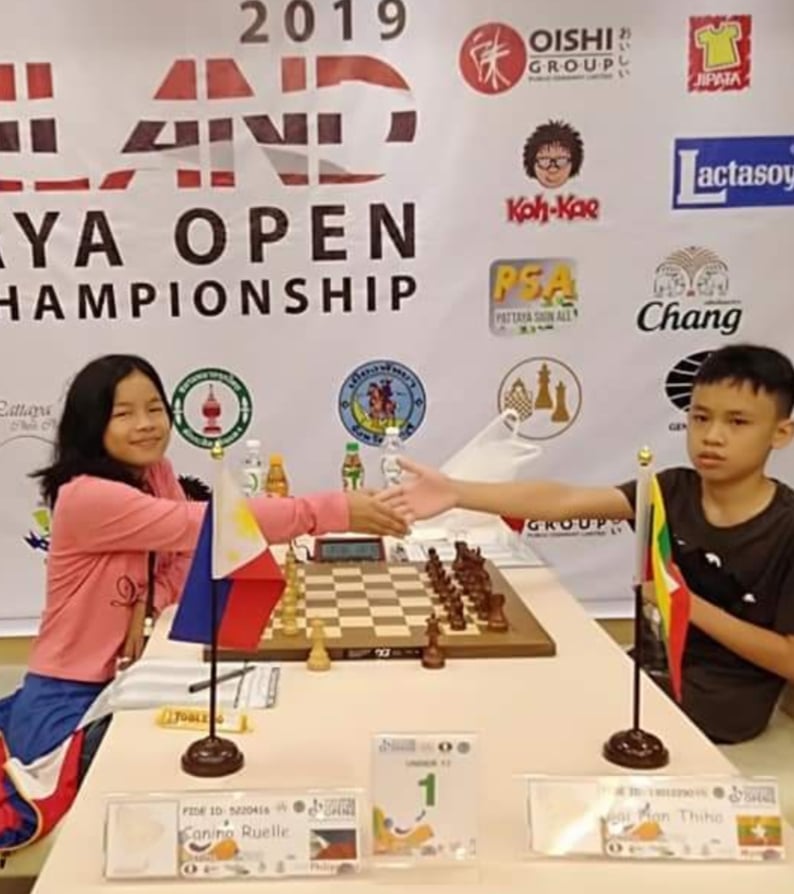