Aging boxing champions: Can Manny Pacquiao help them with a pension bill?

Barrientos came about with this matter following the announcement of the world's only eight-division champion to run as president, some weeks after the wife of former WBA flyweight titlist Bernabe Villacampo sent Barrientos a private message to seek help for his husband's depressing health condition.

"From their hometown in Toledo, Cebu, Bernabe's wife Edna had chatted with me on Facebook if i could give him the telephone number of Manny Pacquiao for possible help to his husband who is now bed-ridden after suffering from a stroke," Barrientos said.

Both Barrientos and Villacampo will turn 80 years old next year.

They're the only existing world champions left from the time of the legendary Gabriel 'Flash' Elorde alongside the now 76-year-old Erbito Salavarria, the WBA/WBC and Lineal flyweight king from Manila.

"Even I have no friendly contact with Manny that i could not give Bernabe's wife any assurance to relay about their present condition in Cebu," said Barrientos, who took the WBC super featherweight crown in 1969 after a unanimous decision win against American Ruben Navarro before the home crowd at the Araneta Coliseum.

Barrientos, however, said that he and the rest of Philippine boxing's elite class are more concerned of the long-derailed "pension bill" for the forgotten Filipino boxing heroes whose number had dwindled to less than 20 based on the attendance of the last Banquet of Champions' tribute party initiated by the Elordes' family in Manila.

Barrientos said that the Pension Bill had already been discussed since the time of Pancho Villa, the first Asian and Filipino to win a world championship in 1923, up to Flash Elorde and the Manny Pacquiao eras--but to no avail.

Barrientos said the last time he checked, senator Aquilino 'Koko' Pimentel had told him the Pension Bill had already been approved in the Congress but did not progress for finality during the time of the late Noynoy Aquino and, unfortunately, until now.

For a fighter like him who started with a paltry P10- fight prize as an amateur in Marvel, Cotabato and a "very degrading" P5,000 purse in winning the world title, Barrientos said he could always look up to Pacquiao as very lucky considering today's astronomical pay fight in boxing not to mention the sky's-the- limit pay per view sales.

"Actually, this is not for us who only have little time left in this world but boxing's future generation to not inherit our very sad condition. And Manny Pacquiao being the mega icon is the great influencer that can deliver the knockout punch for the long-desired pension bill to materialize, perhaps with the help of Koko Pimentel and other boxing-loving legislators," he said.

For licensed Northern Mindanao professional boxing promoter Carlo Antonio Almirante, who is a lawyer, it's hard to justify the said bill in the plenary as it will raise many questions like from other sports disciplines that may also demand for their athletes to be covered too.

"While both amateurs and professionals represent our country, amateurs play for the game not for the pay. Mostly, the professionals are forced to fight for the money. Ask senator Pacquiao why he is still fighting even at his age, the billion peso pay is always worth it," was Almirante's contention.

However, Barrientos insists that Filipino boxing heroes deserve to be compensated like what other countries do such as in Panama where retired champions are provided with house and lot, allowance and scholarship for their children in school "because we gave Filipino fightfans unending joy with our ring exploits".

With or without the presidency, Barrientos said the now 42-year-old Pacquiao--who lost his last title fight to Cuban Yordenis Ugas in a Vegas ring in August--can leave a true legacy by pushing through with the bill.

"As one of the wealthiest politicians, Pacquiao has what it takes to make our dreams come true. That would be the most perfect legacy for him as a human being," Barrientos said.

"It's not easy but possible, hope it will succeed as its a big help for us," said Peñalosa, a self-professed big fan of Barrientos, who used to beat his also boxer-father Carl in their heyday.

Peñalosa said he was aware of the Senate Bill orchestrated by Pacquiao, creating a Philippine Boxing and other Combat Sports Commission (PBC), but had only learned of the Pension Bill in Congress filed much earlier, which is more specific and beneficial to elite boxers like him.

I will do my best for the pension bill to become a law," Rodriguez said. 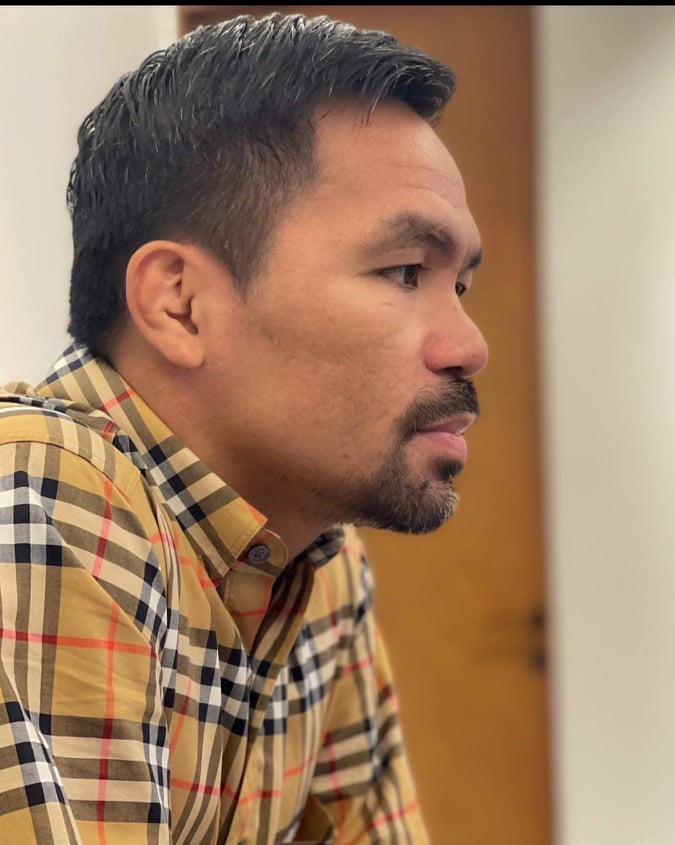