This, after the Olongapo chessers--with NM Mercado manning the top-board--crushed Cavite, 15.5-5.5 in their last game assignnent on Saturday night to barely qualify, notching the last eight slot in the Northern division's own elimination round.

"We're actually discouraged after losing to Cagayan earlier (10-11) maskin kulang wala ilang senior player sa board 4. But we chose to give it another try and focus in our last round fight," said Mercado, who was undefeated against Cagayan in both the blitz and rapid duels and yielded just a draw opposite Cavite's team skipper NM Almario Marlon Bernardino Jr.

The now 50-something Mercado from barangay Patag gained chess prominence when he won the board one gold at the expense of GM and IM rivals during the 1999 national inter-cities tourney in Cagayan de Oro City.

It was also in that same event held at the Xavier Estate gym that Mercado obtained the master title from the then governing Philippine Chess Federation (PCF) under the late Art Borjal. 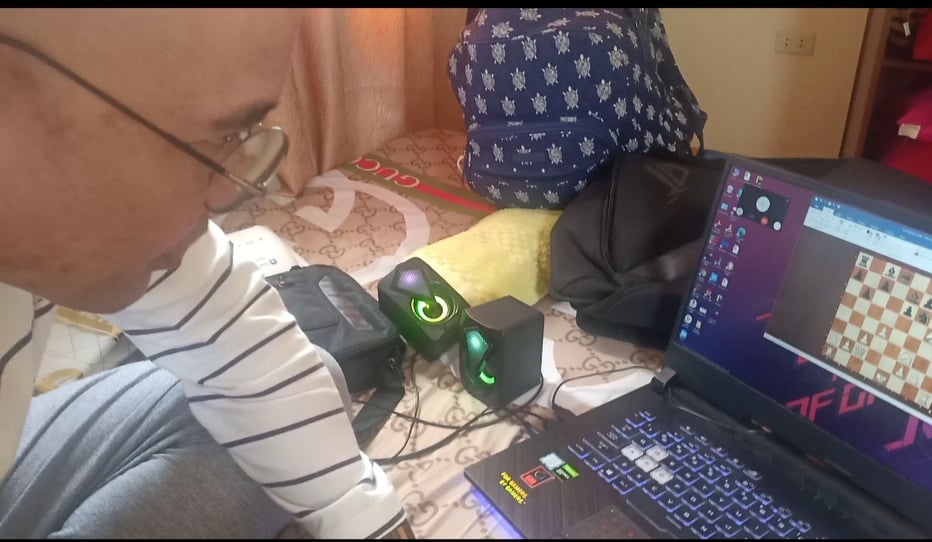 National Master Levi Mercado is seen here reviewing some of the latest chess variations on his laptop computer. ( Photo by Lynde Salgados)