The Misamis Oriental General Comprehensive High School (MOGCHS) of Cagayan de Oro manned team won the title when they dumped the Davao City based cagers in the best-of-three title series, 58-46, 86-56, to bring home the 18 and Under title.

“We applied full court and trapping defence all throughout and generated a lot of points from their turnovers to escape game one.” coach Jason Cagmat said.

He added that in the second match, Davao’s confidence collapsed as they failed to find a solution to their full court press making them to pull away and swept the series.

Cagmat then shared the victory to his assistant coach and trainer Patrick La Victoria who sacrificed a lot to prepare the players into shape.

“No body has broken our full court press as the players were in good shape. Thanks to our trainer Patrick for that.” he said.

Their three tiny guards Christian Cagas, Mark Herro Amper and Carlos John Barol were the thorns that brought down the school from Davao as their pesky defense contributed a total of 20 steals.

These steals caused turnovers and then en-route to mostly unmolested points that broke the backbone of the Davaoenos.

College of Southern Philippines tried to regain their composure with their high flying and high scoring guard Neil Poliquit.

But his efforts came to naught as he could not get support from his teammates.

Poliquit was no longer used in the second game as he suffered cramps allowing the MisOr boys to pull away with 30 points.

The MisOr kids pressure defense proved to be their killer move as they had an easy ride in the semis beating Palen Surveying from Davao del Norte 85-65 with shooting small forward Carlo Datangel shooting three 3-pointers, grabbing five rebounds and finishing with 15 points.

Their defense were also dominant in the elims, after they beat Tagum City 96-56 in the first game, then Basay Petroleum from Balingasag, MisOr., 108-62 and Harvest House Life Giver 91-71 in the third game to advance to the semis.

“We owe our success also to Mis Or. governor Bambi Emano for allowing us to use the MOGCHS facility to train and develop our players.’’ he said.

Coach Jason wishes to thank his players who have sacrificed just to join the tournament.

“We did not have sponsors. The players paid for themselves for our transportation from Cagayan de Oro to Davao and back. We also have to solicit from our friends for our food. But we are happy that our sacrifices have bear fruits.’’ he said.

Coach Jayson B. Cagmat, now a math teacher at MOGCHS and the school basketball coach since 2017, was a basketball Varsity player in high school for the Cagayan de Oro National High School where they were champions in different leagues in Cagayan de Oro and Misamis Oriental.

He led MOGCHS to a silver finish in the Northern Mindanao Regional Meet 2019. They were the NBTC champions  in Misamis Oriental 2020 and CDO basketball Championships 2020.

The Mindanao Basketball Grassroots League (MBGL) is a project of former Ginebra San Miguel player Rey Perez to give the young players of Mindanao a chance to develop their basketball talents and give them a platform to showcase their talents.([email protected]) 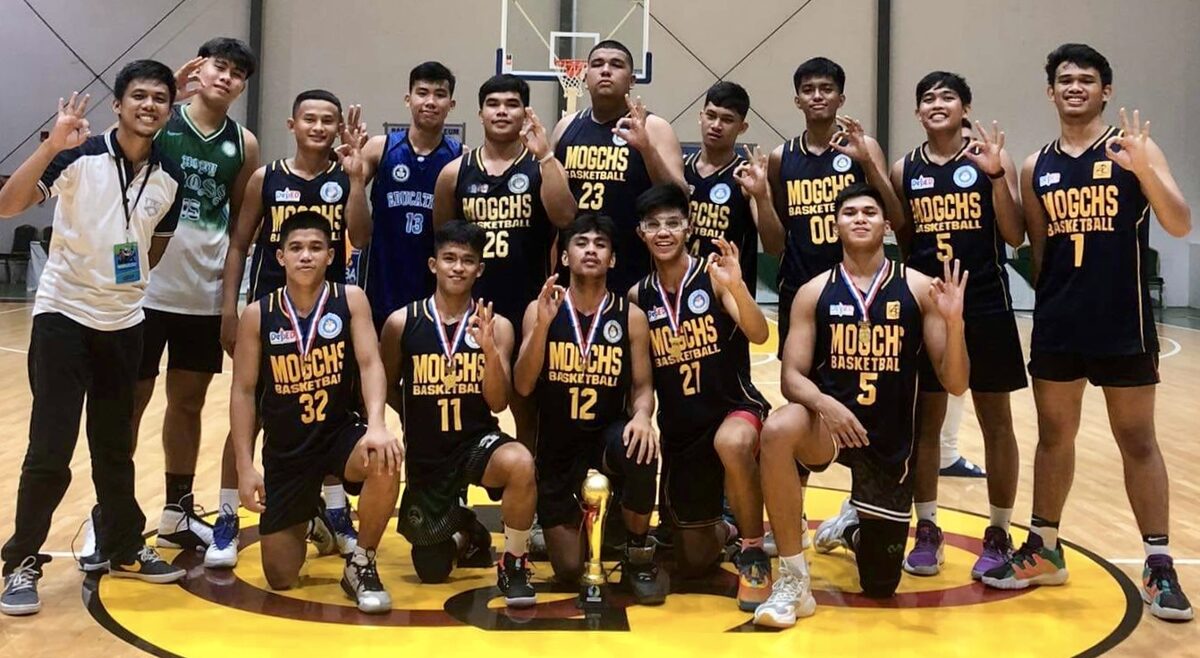